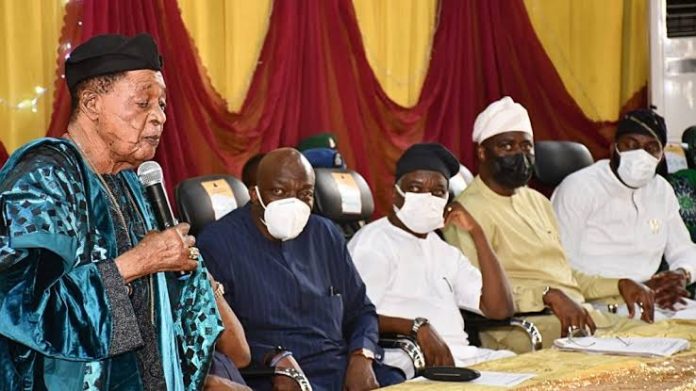 Chief Oyebisi Ilaka has expressed his deepest condolences on the passing away of His Imperial Majesty Oba Lamidi Adeyemi, According a media statement made available to news men in Ibadan today.

The statement reads in part “It is with great sadness that I learned of the passing of Oba Lamidi Adeyemi the Alafin of Oyo Kingdom. On behalf of myself and Family, I send my deepest condolences to the royal family of our father, the State government and the people of Oyo at this difficult time.”

Ilaka who was installed as the Ladilu of Oyo Kingdom, by Oba Lamidi Adeyemi further noted that “The the state and the country mourns, even as they also celebrate with the people of Oyo the extraordinary life of this remarkable Oba who devoted his life to peacefully protecting our history and culture.”

The Oyo born Politician also remarked that “The death of Alafin one of the longest reigning monarch in the country means we are all deprived; we have lost an extraordinary king, an encyclopedia of knowledge who showed tremendous skills of leadership and great determination.” Ilaka described the late Oba as a leader who exhibited passion and energy in all he did.

The former Chief of Staff to Governor Seyi Makinde, who is hoping to represent Oyo Central Senatorial zone at the Red Chamber noted “I am fortunate to have many wonderful memories of Ikubabayeye Oba Lamidi Adeyemi, He was respected by everyone around the country and his dignity and grace were unmatched. May he rest in peace”