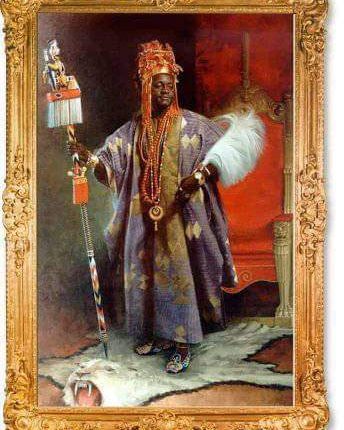 The demise of Alaafin of Oyo, Oba Lamidi Adeyemi who joined his ancestors early Saturday, came as a rude shock to many.

Iku baba yeye, as he was fondly called, was 83 and the longest reigning Alaafin ever, having ruled for 52 years.

His death came after the demise of two senior Oyo monarchs- Soun of Ogbomoso, Jimoh Oyewumi, and the Olubadan of Ibadanland, Saliu Adetunji- on December 12, 2021, and January 2, 2022, respectively.

According to reports, Alaafin Adeyemi passed away in the late hours of Friday at the Afe Babalola University Teaching Hospital, Ado Ekiti.

Alaafin was born on October 15, 1938 into the Alowolodu Royal House of the famous Oyo town.

During his late childhood, he lived briefly at Iseyin.

Adeyemi III was the son of Oba Adeyemi II, the former Alaafin of Oyo who was deposed and sent into exile in 1954 for having sympathy for the National Council of Nigerian Citizens.

He succeeded Alaafin Gbadegesin Ladigbolu II in 1970 and was crowned on January 14, 1971.

He was a lover of boxing.

Oba Lamidi Adeyemi III ascended the throne of Alafin in 1970 at a young age of 31 shortly after the end of the civil war. He became the king when Colonel Robert Adeyinka Adebayo was the military governor of Oyo State.

The late king was the chancellor of Uthman dan Fodiyo University in Sokoto from 1980 to 1992.

Alafin was the permanent Chairman of the Council of Obas and Chiefs in Oyo State until May 3, 2011 when former Governor Adebayo Alao-Akala (now late) announced that the state government had passed a law that introduced rotation of the Office of Chairman between the Alaafin and two other kings in the state – the Olubadan of Ibadanland and the Soun of Ogbomoso.

Adeyemi had 11 wives, the senior among them being Ayaba Abibat Adeyemi popularly known as Iya Adodo, and usually attended most events with her or with one of the 12 junior wives.

He is succeeded by more than 20 children and grandchildren.