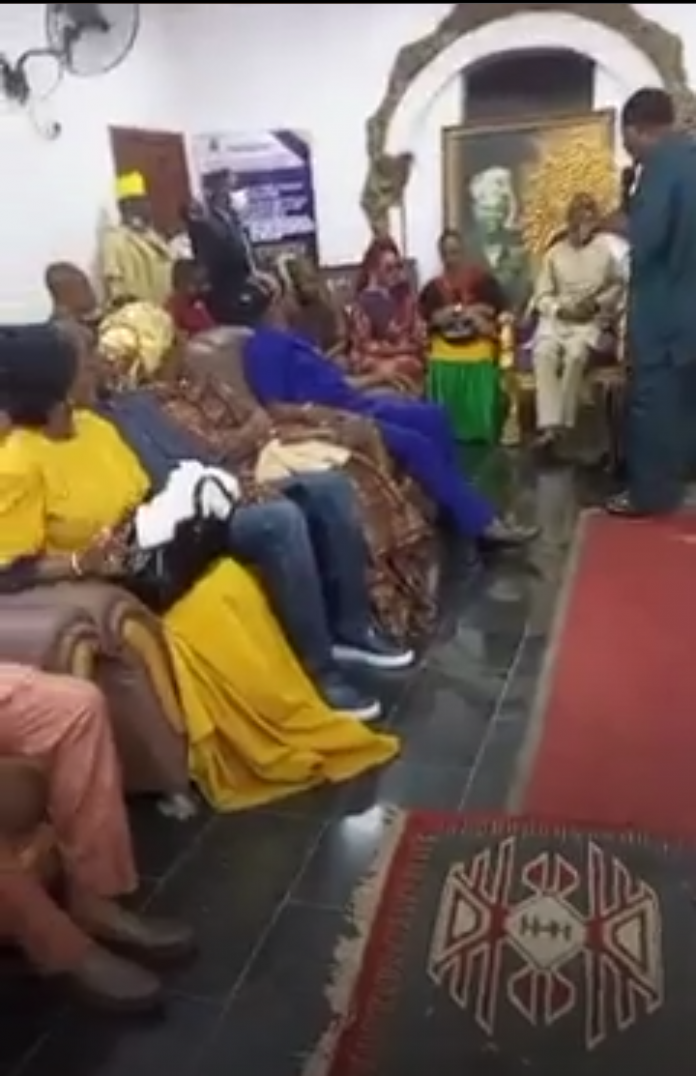 Governor Seyi Makinde of Oyo state has arrived at the palace of late Alaafin of Oyo, Oba Lamidi Adeyemi.

He arrived the palace at about 2:25PM

The governor was received by the Bashorun of Oyo who doubles as the Chairman of Council of Chiefs, High Chief Yusuf Ayoola, eldest son of the late monarch, Prince Babatunde Adeyemo.

Special prayers were offered for the repose of the soul of the deceased in Christian, Muslim and traditional ways.

Hundreds of residents and indigenes of the state are waiting outside the Oba Lamidi A. Adeyemi Hall inside the palace.