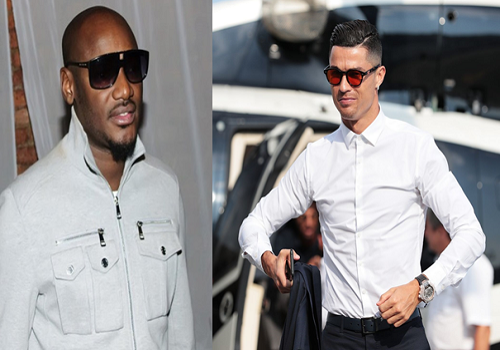 Football superstar Cristiano Ronaldo has reawakened the desire for qualitative fatherhood in singer 2Baba who laments times lost with his kids.

Ronaldo described a moment with his father and said: “Family is more important to him than the games.”

Tagging the video of the 37-year-old Manchester United forward player, 2Baba wished he could turn the hands of time to gain back lost times with his kids.

“This got me teary. I have lost so many precious times with all my kids and I can’t rewind. I am so sad about that,” he wrote.

The father of seven challenged himself to better execute his fatherly duties henceforth.

I Want To Participate In Season Six Of BBNaija—Eniola...