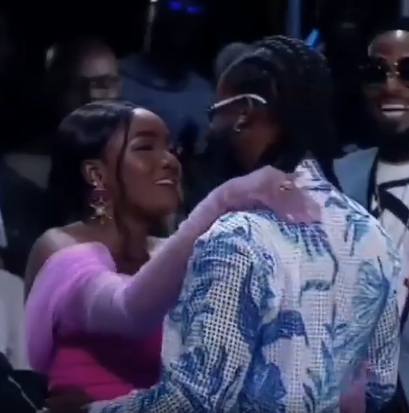 Nigerian singer, Simi, was stunned when Adekunle Gold, her celebrity husband, brought a cake to her on the latest episode of the Nigerian Idol reality show.

The ‘Duduke’ singer, who is also a judge on the show, recently marked her 34th birthday.

During the show, IK Osakioduwa, the host, revealed that the organisers had decided to give a “superfan” the opportunity to celebrate with her.

Adekunle thereafter came out as the superfan while holding a birthday cake, leaving Simi completely speechless.

The couple shared a heartfelt embrace as members of the audience cheered them on.

If I Die, I Die For Love — Cross Reconciles With...