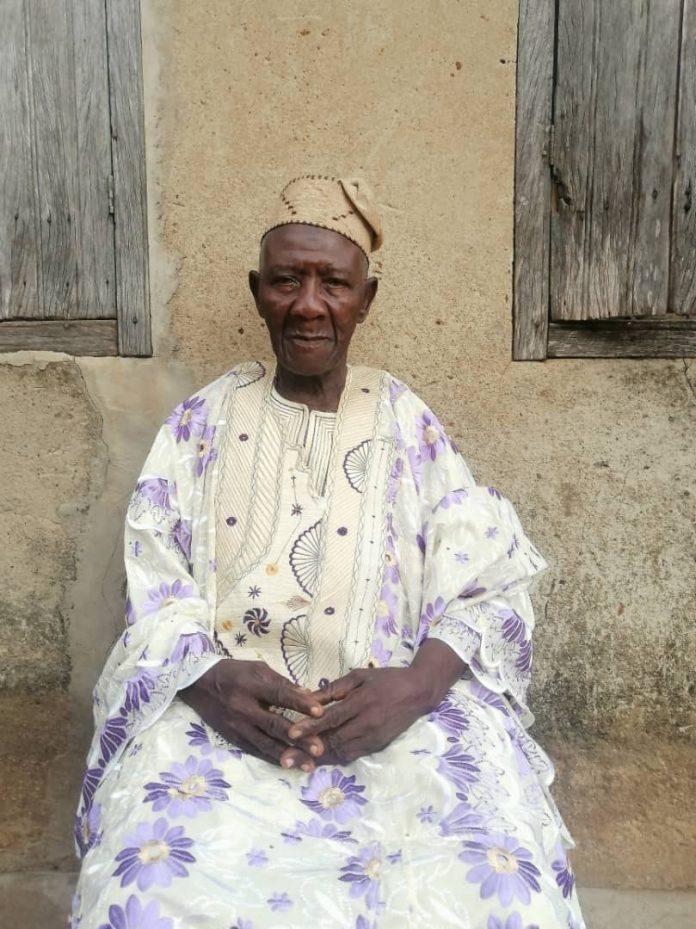 Prince Tijani Olawoyin is the only one lucky enough to tell the story of the race for the Stool l of Alaafin of Oyo Kingdom between 1968 to 1971, the process which later produced Late Oba Lamidi Olayiwaola Adeyemi IIII, the deceased Alaafin of Oyo.

According to Prince Olawoyin, there were 54 persons who showed interest for the Stoll in 1968 after the demise of King Bello Gbadegesin Oladigbolu, these people were spread across the entire eleven family of the ATIBA rulling house.

As time goes bye, the numbers of aspirants started reducing and by 1969)1970, there were only eight aspirants remaining, we were later reduced to three, all thanks to the kingmakers and the magnanimity of the aspirant who began to relinquish their interest on the ground of closeness and other family related issues.

The struggle of 1968-1971 saw to the radical change in the kingship rotation system in Oyo Kingdom, a system that had always revolved between the Adelu and Alowolodu rulling family, was later changed to a duly recognized ATIBA rulling house, which consists of eleven families, from the eleven Sons of ATIBA, all thanks to the struggle of Prince Tijani Olawoyin and many other deprived claimants of the throne.

The eleven Sons of the First Alaafin ATIBA are Adelu, Adelabu, Adesokan, Olawoyin, Tella Okitipupa, Tella Agbojulogun, Adeyemi Alowolodu, Adesiyan, Adediran Baba Ese Apata, Lanite and Abidekun, History has it that they form the ATIBA RULLING HOUSE, Only two family trees among the eleven have ruled Oyo Kingdom the first is, Adelu who was the eldest son, Alowolodu family tree, which the late Alaafin Oba Lamidi Olayiwola Adeyemi III comes from.

After Alaafin ATIBA who was the first to occupy the throne, Adelu, the first son of ATIBA ascended the throne and ruled between 1859-1875 and was succeed by Adeyemi 1 from the Alowolodu family tree, after him, the crown was once again returned to the Adelu family again when Lawani Agogoija was made the Alaafin between 1905 and 1911, again another son of the Alowolodu family succeeded Agogoija in 1911, Siyanbola Olanikewo Oladigbolu, he ruled between 1911 to 1944, then another Adelu family took over the Stool, in 1945, Oba Adediran Adeyemi 11 was installed, he left the throne for Bello Gbadegesin Oladigbolu in 1956 who later descended from the throne in 1968, from the foregoing, the crown has only been rotating between the Adelu and Alowolodu family for a very long time, leaving the remaining nine families out of the claim for the throne, these were made possible by several corrupt means and influences of both families and the kingmakers Prince Tijani Adebayo Olawoyin ATIBA explains.

Surviving the struggle and the King, afterwards, Was Prince Tijani Olawoyin who is now 86 years since February, He’s three years older than the late Alaafin and he’s the only survivor of the 54 aspirants.

Though old, but Baba still has a very good storage of history of the Oyo Kingdom, he has also lent his voice to the government of Engr. Seyi Makinde and the OyoMesi led by Bashorun to ensure that all families are carried along in the selection process of a new king, with justice, fairness and transparency to be adopted in the process.

Watch the Videos below