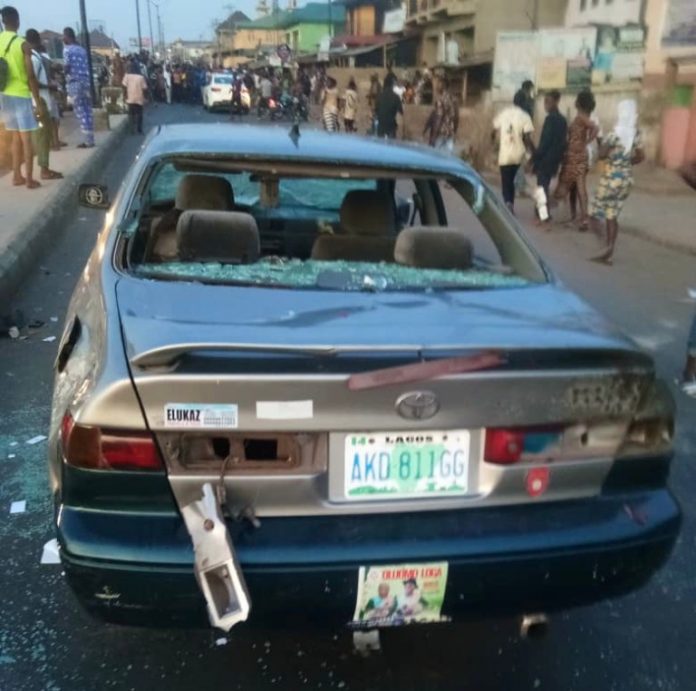 At least three persons were confirmed dead on Tuesday with several injured when suspected members of the Oyo State Park Management System (PMS) engaged in a gun battle with thugs known as Isota boys around Ali Iwo area in Agodi Gate axis of Ibadan.

Many vehicles were also damaged as people in the axis ran for safety.

There were diverse reports as to what led to the pandemonium.

Unconfirmed source hinted the peace of the axis was shattered when members of the PMS, while returning from Challenge where Governor Seyi Makinde, had gone to commission the bus terminal, started shooting into the air.

Start bullets were said to have hit some yet-to-be-identified youths in the area.

Another source however said members of the PMS led by the chairman of the Disciplinary committee, Alhaji Mukaila Lamidi, were attacked by the Isota boys allegedly on a mission to assassinate him.

Yet another unconfirmed sources said two groups known as Isota boys and Were boys were attacking passersby, especially people wearing the clothed with Governor Seyi Makinde picture or PMS inscriptions.

The source added that many supporters of Makinde, who were returning from the commissioning, fell victim of the attack.

The situation was however said to have degenerated into full fracas with sporadic gunshots from different angles.

In an audio message received from one of the sources, the leader of the Were Boys was heard calling the PMS boss threatening to deal with him should he appear anywhere in town on Wednesday.

The police could not be reached as of the time of filing this report.