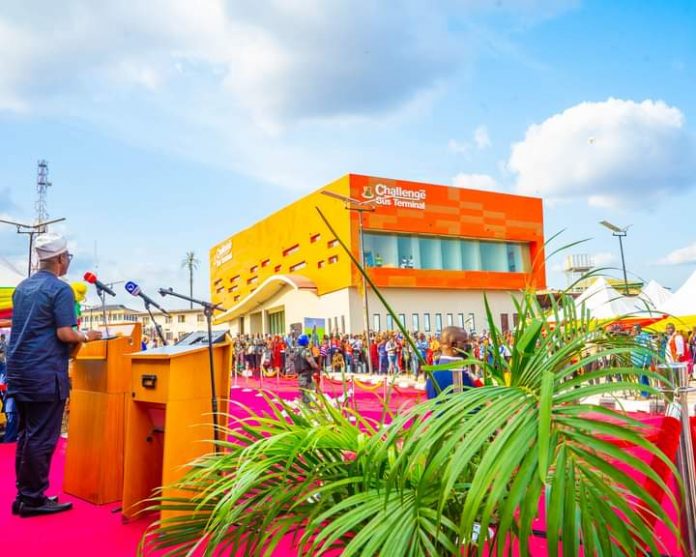 Oyebisi Ilaka the People’s Democratic Party Senatorial aspirant for Oyo Central has commended the Oyo state governor Engr. Seyi Makinde for the ultra Modern Bus terminus he recently commissioned in Ojoor and Challenge area of the state, while emphasizing that Makinde has revolutionize the transportation sector in Ibadan.

In a media statement, Ilaka described the terminus as world class, aimed at finding solutions to the lingering transportation issues facing the city.

Ilaka who is set to emerge as the PDP Senatorial candidate for Oyo Central noted that major parks within the city are unregulated, unsafe and very unattractive for would be passengers . He however noted that with the intervention of governor Makinde in the Ojoor and Challenge motor parks the transportation sector in Ibadan has been given a fresh boost, as It also provides a convenient point where services can be controlled from one destination to another, and with lounges where passengers can comfortably relax before their trips.

The former Chief of Staff to Governor Makinde, also applauded the governor for his visionary and examplary leadership style which has birthed unprecedented infastructural development across the state. nothing that with the commissioning of the bus terminus the governor again has shone like a thousand stars.

The Oyo high Chief noted that with the parks, and the buses put in place, transportation within Ibadan metropolis for commuters have become a more pleasant experience, he therefore called on residents to reciprocate the state governors thoughtfulness by ensuring that the governor is not only reelected but also that all PDP candidates get their support so as to ensure that the good work he has started continues beyond 2023.