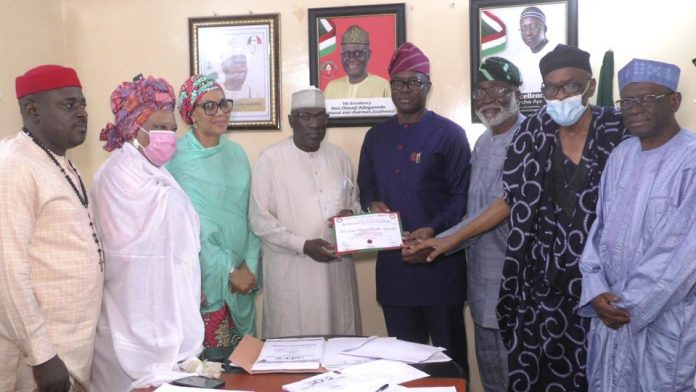 Eleven aspirants of the Peoples Democratic Party (PDP) for the 2023 gubernatorial elections in three Southwest states, namely; Oyo, Ogun and Lagos States, on Thursday, presented themselves for screening before a committee set up by the party.

Speaking with newsmen on the exercise, Makarfi said the aspirants must comply 100 per cent with the PDP guidelines and the electoral act.

He stressed that the screening was to ensure that the candidates or aspirants of the party are in full compliance with the law.

“Of course, we ask questions about soundness and policies of aspirants but those are not the conditions to be cleared but the condition is that aspirant complies with party guidelines and the electoral act.

“We have 11 aspirants to screen from three states – two from Oyo State, six from Lagos and three from Ogun, which makes it twelve. As you may recall that the governorship elections in Ekiti, Osun and Ondo states are not voting this time around. So, we are not screening anybody there,” Makarfi said.

He said he was not surprised that only two aspirants are from Oyo State, adding that it will be a figment of imagination for any aspirant to think the sitting governor, Makinde, can be defeated come 2023.

He said: “We do hear that the governor also performing. Now, it becomes a tall order for you to come and say you want to defeat a sitting governor. So, the pattern is really what we expect to see and we are very confident.”