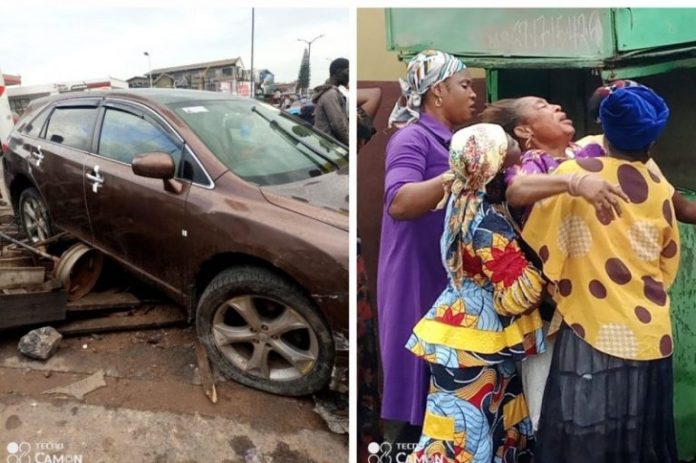 According to an eyewitness, the driver who was coming from Eleyele area was reportedly driving under the influence of alcohol and bottles of red wine were found in his car.

The little girl was rushed to the hospital after the unfortunate incident but died this morning.

The driver has since been handed over to the police for further investigation.