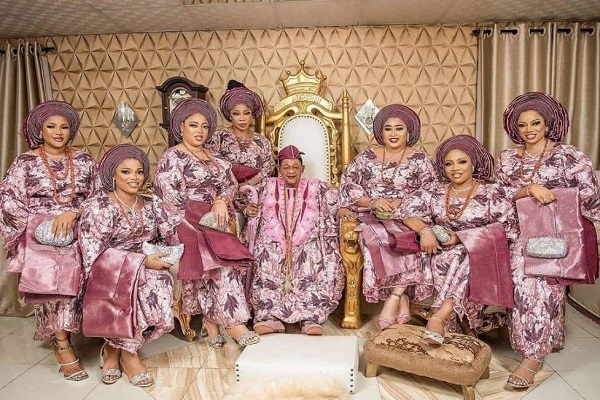 Popular Ifa priest, Ifayemi Elebuibon, has made clear in an exclusive interview with PREMIUM TIMES on Monday, the position of the Yoruba tradition regarding the fate of the late monarch’s wives.

Elebuibon, based in Oyo state, said the queens could either remarry after the late king’s burial rites or remain in the palace where the new king would inherit them as his wives.

He said, “At present, they will be mourning the departure of their husband. After the ceremonies of the right of passage, those who wished to stay back in the palace can stay, the new oba will come and take care of them, and those who wish to remarry can go and remarry.

“The new monarch would inherit them as part of his inheritance to the throne,” he said.

He explained further that the wives of the Alaafin could only remarry after fulfilling traditional sacred rites of atonements and disassociating themselves from the palace.

They are not allowed to marry any member of the royal family or ruling branch.

There is no accurate estimate of the number of wives the Alaafin had, as there has been speculation that he married some women in secret.

Meanwhile, based on media coverage and public announcements, Oba Adeyemi was married to eighteen women.

Before the arrival of the other women and his ascension to the throne in 1970, he was married to his first wife, Olori Abibat, popularly referred to as Iya Adodo. She bore five children for him and holds the title of “most senior wife” in the family.

In March 2021, the arrival of a new queen, Chioma, caused a national sensation as she was from an eastern state. While many people commended the Alaafin for promoting inter-tribal marriages, others called out the age gap between the couple

In a 2021 interview, the 83-year-old monarch had disclosed how he fostered good relationships with the queens.

He said, ‘‘We must defend the marriage institution. Each partner has a role to play in the marriage. My wives have their quarters. God has given me some ability and grace to keep a woman, gorgeous woman. I don’t disclose my conversations or activities with one wife to another. I maintain a strict code of confidentiality.

‘‘I have learned that I must positively impact people and make a great first impression. Of course, they (wives) sometimes have disagreements and conflicts of opinion, but I have been ‘graced’ by God to know how to ensure that the disputes don’t escalate.”