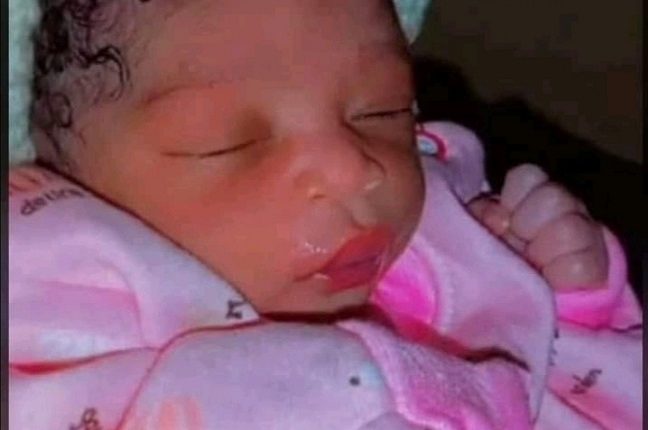 The picture of the newly born girl delivered in a terrorist den has been released. Recall that her mother was eight months pregnant when she was abducted by the terrorists along the Abuja /Kaduna train route on the 28th of March 2022.

Out of the 63 abducted train passengers that were under captivity, only one passenger, the Managing Director of the Bank of Agriculture (BOA), Alwan Hassan, was released after paying a ransom of N100m.

Thus, exactly one month when the incident happened, a woman delivered a new baby girl.

The picture of the new girl was released, on Wednesday evening, by the terrorist group suspected to be Ansaru, a breakaway group of Boko Haram.

Two days ago, the news of her birth was trending on both social media and the conventional media where a family member of the woman first hinted that she had delivered at the weekend.

Though, the identity of the newly born child was not disclosed until Wednesday when the terrorists released the picture of the baby girl.

Clad in a thick pink dress and a light lemon sweater cap, with her eyes closed, she looks healthy and well taken care of.

Tribune Online gathered that the terrorists invited a doctor to take the delivery.