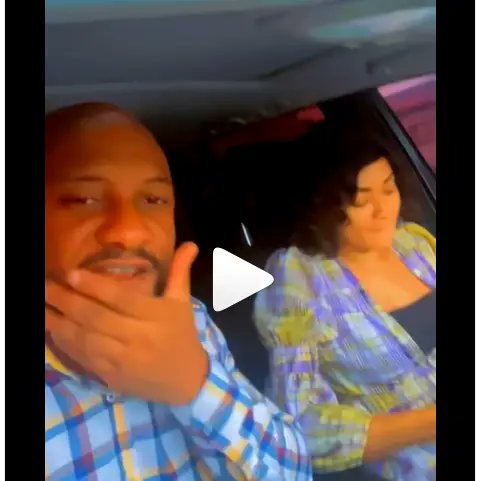 Nollywood actor, producer, and director, Yul Edochie seems to have reunited with his first wife May Edochie.

The couple was seen in a video posted on Instagram by Yul Edochie vibing together in a car with the caption “Fun moment with my Angel. CEO Extraordinaire @mayyuledochie“

You would recall that the actor for some weeks now has kept the internet buzzing and generated lots of reactions after he announced that he has married a second wife who already has a child for him.

Yul shared the picture of his son with his second wife, Judy Austin, a Nollywood actress, on his Instagram page.

Yul’s wife, May Edochie, who he had been married to for 17 years with four kids, also reacted to the actor’s revelation, when she wrote, “May God judge you both.”

After being chastised by many Nigerians, Yul responded by saying that many people condemning him for marrying a second wife do not know him and that the controversies surrounding his second marriage to Judy Austin are preparing him for ‘Aso Rock’.