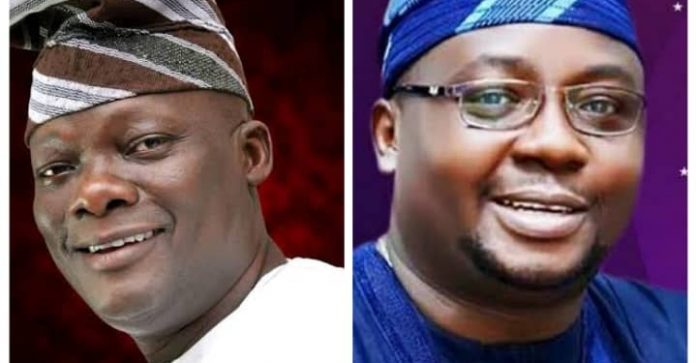 Attempt made by the gubernatorial aspirants on the platform of All Progressives Congress (APC), in Oyo State to produce a gubernatorial candidate acceptable to all has been dealt a huge blow as all the aspirants could not pick a particular aspirant.

GOAL POACHER NEWS report that after the delegates list was vetted earlier, the list was said to have favoured a particular aspirants where the exercise was held at the Obafemi Awolowo Stadium in Oke Ado.

Chief Niyi Akintola who spoke with journalists said opted for a consensus mode while Senator Teslim Folarin when asked by Journalists that others said he should step down, he replied, ‘let them step down for me too.”

When they couldn’t find a common ground, the exercise was halted temporarily and the aspirants left the venue for Premier Hotel to discuss the consensus mode. It was further gathered that the meeting ended in a stalemate and the aspirants unanimously agreed to go to the field and allow delegates to elect their preferred candidate.

The exercise will commence by 4PM at Obafemi Awolowo stadium but the exercise may be delayed because it’s raining at the moment.