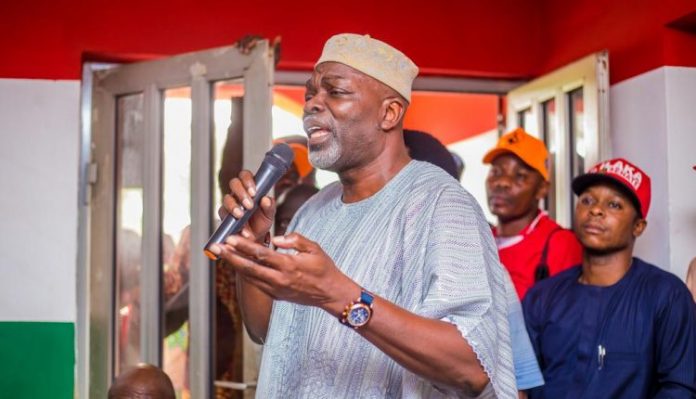 Bisi Ilaka, senatorial candidate of the Peoples Democratic Party, PDP, in Oyo North, has assured that his former boss, Seyi Makinde, would be re-elected for a second term in office as governor.

The Oyo-born politician, who is hoping to be lucky in his fourth attempt, spoke in an interview with Nigerian Tribune.

Asked about the chances of Makinde, Ilaka explained that “I am and I do remain confident that Governor Seyi Makinde will be re-elected as governor of Oyo State in 2023.

“First and foremost, I know that as of today and even going forward, there are too many elements in the opposition camp that are contradictions. Firstly, they hate themselves more than they hate us. Secondly, within their house, there is a whole spectrum. Under the canopy of the larger APC family, we have those who have migrated to Accord. My premise is this: opposition parties don’t win elections. It is governments that lose elections. An opposition party that wants to win an election will be up and doing. First and foremost, they will not start by dividing their house. The opposition tent in Oyo State is divided into all kinds of things. They are handicapped and they have also created an additional handicap for themselves. This story about internal democracy is very paramount. But it has not operated in the opposition party called APC. So, you have those who have left for various parties.

“In the main, we have those who have joined Accord and there are also elements that have gone to the Labour Party. Then you also have politicians that of the most dangerous type who will remain in the party and will not work for the party, but work for the opposition. For example, there are those who will remain in APC and work for Accord and those who will go all the way to work for the PDP. So, the APC is on a journey to nowhere in Oyo State. I have not seen the narrative that this fledgling Accord will play to the good people of Oyo State that they will be better than the government of Makinde. No administration is actually perfect. We have had our first term and there have been lessons learnt. Maybe we have not done as well as we would have wanted, but we have laid a solid foundation to improve. We have scored more than a pass mark in changing the economy of the state, in unleashing the potential of our people. We have addressed the issue of infrastructure. We have addressed the issue of education, which is what will create future jobs for the coming generation. I can enumerate too many of our achievements. In the area of agric business, we have done very well. In healthcare, we have done extremely well.

“Against the backdrop of the massive insecurity that we have all over the country, we have done well in the area of security. Whenever I am in Oyo State, I feel safe. So, we have ticked many boxes. But just like any other government, we can do better. We assure our people that we will do better in the second term. I am confident the governor will return and I will campaign on the good work he has done thus far.”