WBA, IBF, WBO Titles: I Was Going To Jail – Joshua Reveals Why Usyk Beat Him Again 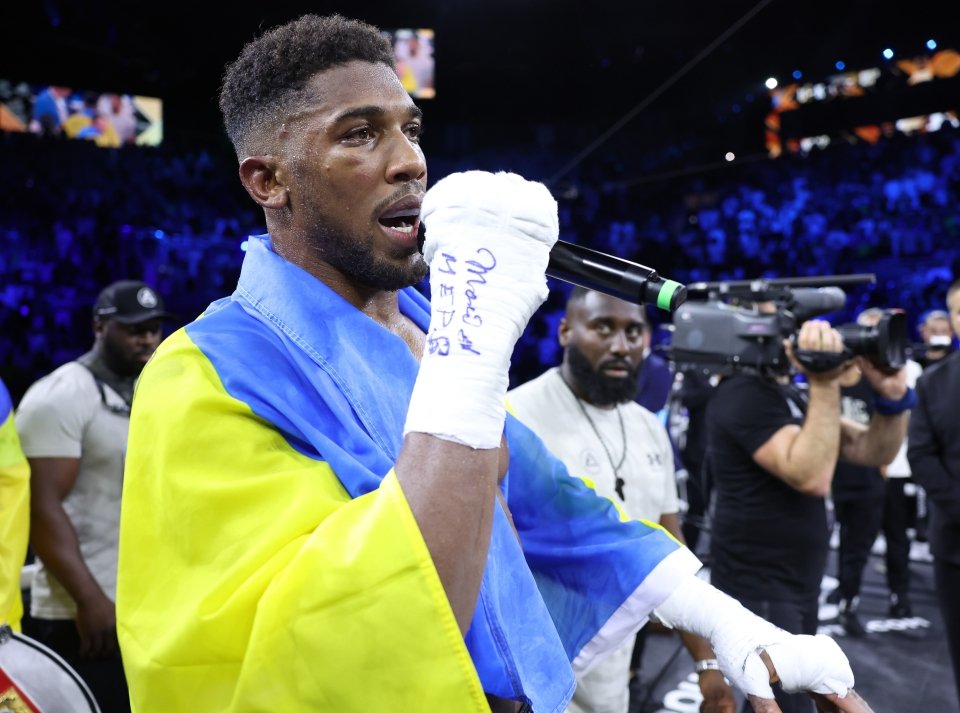 British heavyweight boxer, Anthony Joshua has given reasons he was beaten again on Saturday by Oleksandr Usyk, saying he is not a twelve round fighter.

Joshua further explained that Usyk must have worked so hard to defeat him for a second time, while calling on the crowd to cheer his opponent.

After the grueling 12 rounds, a clearly angry Joshua returned and gave a passionate speech soon afterwards.

Joshua’s anger also saw him throwing the victor’s belts out of the ring and storming towards the dressing room.

But he then turned round, climbed back into the ring and took the microphone to address the crowd and praise Usyk in a passionate speech.

“I am giving you my story,” the Briton said in his post-fight comments.

“I was going to jail. I got bailed and started training my arse off, because if I got sentenced, then I would not have been able to fight.

“I could have done better, but it showed the hard work he must have put in to beat me. Please give him a round of applause as our heavyweight champion of the world.

“I’m not a 12-round fighter. I am a new breed of heavyweight, Mike Tyson, Sonny Liston, because I am 18 stone, I am heavy.

“It is hard work. This guy here is a phenomenal talent. We are going to cheer for him.”