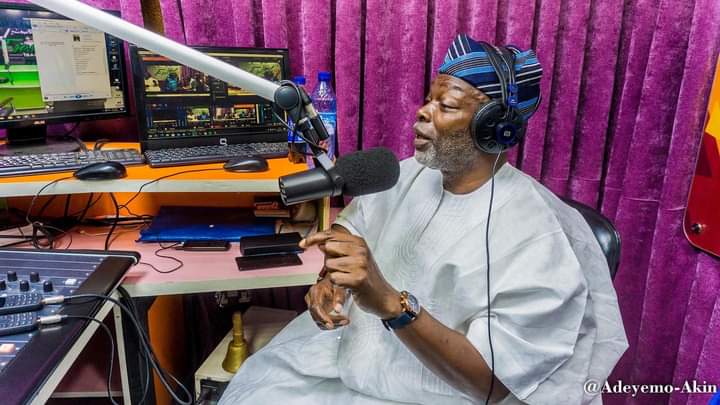 The People’s Democratic Party (PDP) Senatorial Candidate in Oyo Central Chief Luqman Oyebisi Ilaka has decried the zone’s inability to get a representation at the Red Chamber it deserves.

Ilaka who was speaking on a radio program “”Political Circuit” over the weekend noted that Oyo Central Senatorial zone has consistently suffered from poor representation at the Senate, stressing that those who had an opportunity to serve and the present Senator has not done enough to give the people quality representation which essentially has impacted negatively on the zone.

On what he is hoping to achieve When he becomes a Senator, he said ” I will be working with others to retool the constitution so that we can have a constitution that reflects the diverse aspirations of all Nigerians and also to maximize avenues to create opportunities for residents of Oyo Central.” He indicated further “I will also work to have a robust relationship with necessary agencies so as to attract federal projects to Oyo Central Senatorial zone.”

Asked what are his thoughts concerning Senator Folarin’s governorship’s ambition Ilaka remarked that ” Senator Folarin’s gubernatorial beliefs has no foundation to rest on, he has done nothing in Oyo Central that is or will be enduring. He has no idea or vision, All he says is I want to be governor, to do what? ” Ilaka queried. He said further “Senator Forlarin as Governor will be bringing nothing to the state and I do not wish to waste my time discussing nothingness”

On Makinde re-election bid, Ilaka who is also a legal luminary and a tax consultant said the governor will be going into the election on his on record as he has positively affected critical sectors of the state.