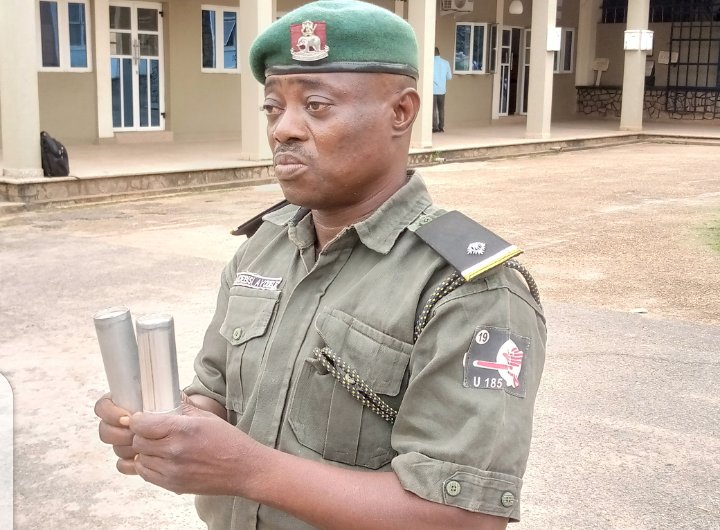 The suspect who was paraded today at the Oyo state police Command had impersonated as an Assistant Superintendent of Police attached to Police Mobile Force Unit of the Nigerian Police Force.

Fielding questions from journalists, the suspect, Ayodele admitted that he had been in the act of impersonation as a member of the Nigerian Police for 13 years.

The suspect according to his confession is a Level 14 Civil Servant and an Assistant Headmaster in Ogun state.

Ayodele until his arrest is still teacher also at a primary school in Ikereku-Idan area of Abeokuta.

Upon interrogation by the police, the suspect who has since admitted to committing the crime of said his passion for the police job led him into the act.

Osifeso noted that the suspect and others like him are the ones portraying the Nigerian Police in bad light with unscrupulous acts urging members of the public to be very vigilant such criminals masquerading as police officers.

Two unexpended canisters were recovered from the suspect by the Police.