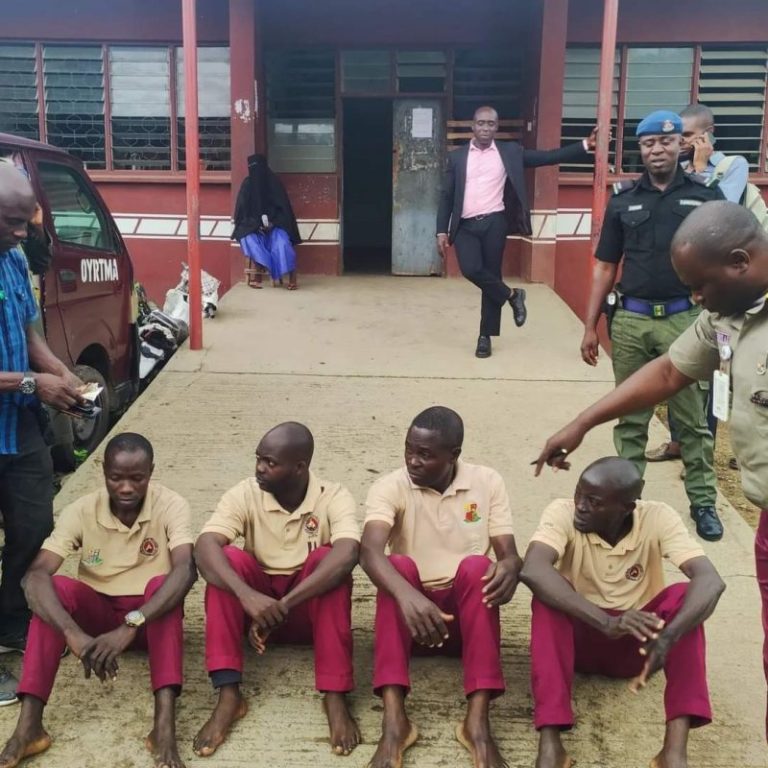 The Oyo State Road Traffic Management Authority (OYRTMA) on Monday, caught some impostors parading as officials of the authority in Ibadan metropolis.

According to the authority, the four impostors had been defrauding the motoring public in and around Akobo, Akala and General Gas axis.

In a statement on its timeline earlier today, OYRTMA stated that the arrest follows series of public complaints received by it from members of the public around the area.

The authority had reportedly swing to action through coordinated covert operations with other security agencies, to get the operations of the impostors stopped.

“On the directive of our Executive Chairman, Dr Mogaji Akin Fagbemi, they have been handed over to the police for further investigations and prosecution”, the statement concluded.