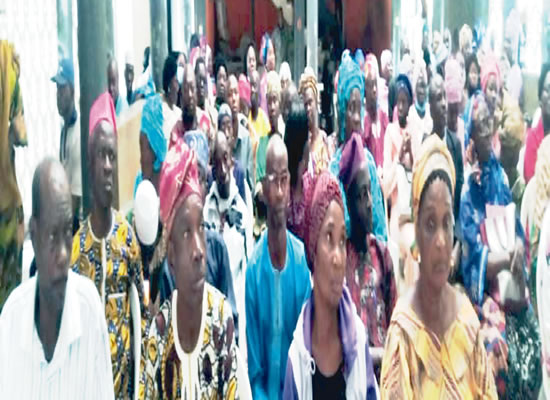 government staff and primary school teachers in Oyo State have started getting their monthly pension allowances.

The first monthly pension payroll exercise, carried out on July 1, was held at the open space of the Local Government Staff Pension Board, Water Corporation Building, Secretariat, Ibadan.

A release signed by the Board’s Information Officer, Nike Oyeremi, said the monthly pension exercise is to showcase the commitment of Governor Seyi Makinde-led administration to make life more meaningful for pensioners in the state

Nigerian Tribune gathered that the pensioners were counseled and lectured on various topics, including health, life after service, among others, during the payroll exercise.

They were also allowed to ask questions, especially on how they can live a life of comfort after they have exited from active service.

While showering encomium on the state government for taking lives of pensioners as one of its priorities, the people also prayed for Governor Makinde to succeed in 2023 general election..

In his remarks at the event, Chairman of Local Government Staff Pension Board, Prince Adebayo Fatai Adeyemi appreciated the pensioners  for the support they had been given Governor Makinde’s administration.

Adeyemi, represented by the Permanent Secretary of the Board, Alhaji Akinola Muraina, assured pensioners of continuous and regular payment of their gratuity and pension allowances.

He said that chairman of the board could not attend the exercise due to other engagements.

Nigerian Tribune further learnt that the people were issued certificates, among other documents showing evidence of payment to them.

Dignitaries in attendance included executive members of the Nigerian Union of Pensioners (NUP), Oyo State chapter, traditional rulers and others.