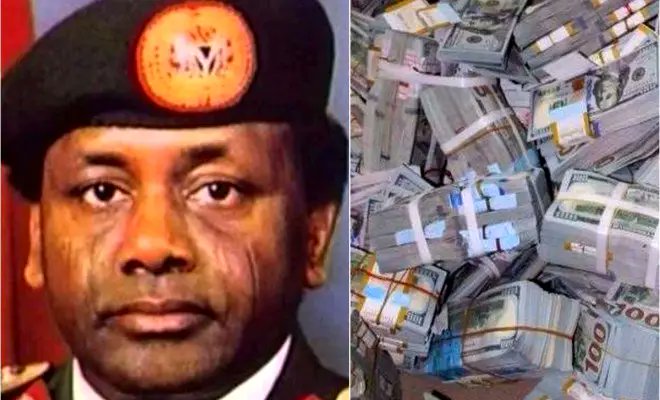 •We’ve so far repatriated over $334.7m, US Ambassador reveals

The Federal Government yesterday entered into a fresh agreement with the government of the United States of America, USA, for the repatriation of a total sum of $23, 439,724 tllegedly looted by the late former military Head of State, General Sani Abacha.

While the Attorney-General of the Federation and Minister of Justice, Mr. Abubakar Malami, SAN, represented the Nigerian government in the ceremonial signing of the asset return agreement held at the Federal Ministry of Justice Headquarters in Abuja, the US government, was represented by its Ambassador to Nigeria, Mary Beth Leonard.

The AGF, Malami, SAN, said decision to return the looted fund which he tagged as Abacha- 5, was a product of series of negotiations and meetings between Nigeria, the US Department of Justice and the UK National Crime Agency, NCA.

He disclosed that President Muhammadu Buhari had already directed that “the MECOSTA/SANI MOHAMMED Assets, (otherwise known as Abacha V)”, upon its repatriation back to the country, be channeled into three key projects.

“It is worthy to note that in line with the terms of this Agreement, Mr. President had already approved the funds to be utilized for the ongoing Presidential Development Infrastructural Funds, PIDF, projects namely; Abuja-Kano Road, Lagos-Ibadan Express Way and the Second Niger Bridge under the supervision of Nigerian Sovereign Investment Authority, NSIA

“The President’s mandate to my office is to ensure that all international recoveries are transparently invested and monitored by civil society organization to compete these three projects within the agreed timeline,” Malami stated.

He said the Federal Ministry of Justice and legal representatives of the Federal Republic of Nigeria had since 2016, been working closely with the UK NCA to finalize litigations related to assets linked to Abacha.

“Further to the agreement between the parties, the UK High Court granted the NCA a Registration and Recovery Order, dated 28 July 2021 and sealed by the court on 4th August 2021.

“The forfeited Mecosta/Sani assets were subsequently transferred to the NCA, which on 7th February 2022 held the sum of twenty three million, four hundred and thirty nine thousand, seven hundred and twenty four United States dollars ($23, 439, 724) pending the execution of the asset return agreement agreed between the FGN and the USA.

“Following the court, the FGN and the USA have negotiated and finalized the terms of the asset return agreement”, Malami added.

While expressing FG’s gratitude to the governments of the US and the UK for their efforts towards ensuring that looted funds are recovered and returned to Nigeria, the AGF said FG was hopeful that other pending cases, such as Bayelsa, Galatica, Blue Trust and Saborne Assets, would soon be concluded with the courts reaching a decision in favour of Nigerian citizens “who are the victims of the stolen assets”.

“As such, I would like to use this opportunity to urge the government of the United States not to relent in supporting Nigeria’s commitment to the speedy, transparent management of returned assets”, Malami stated.

Meanwhile, in her remarks, the US Ambassador to Nigeria, Ms. Leonard, disclosed that her country has so far, repatriated stolen funds totalling over $334.7m to Nigeria.

She said the US Department of Justice and the Federal Bureau of Investigation, FBI, seized the funds in response to General Abacha and his associates’ violation of US laws when they laundered assets through the US and into accounts in the United Kingdom.

“These actions were flagrant breach of the Nigerian peoples trust. But today is the result of an extensive and high level co-operation between the US, the UK and the Federal Government.

“This agreement is also kind of collaboration that our government must continue in order to right the wrongs committed under the previous regimes, combined with a $311.7m seized and repatriated with the assistance of the Bailiwick of Jersey and the government of Nigeria in 2020.

“This repatriation brings to the total amount of funds repatriated in this case by the US to more than $334.7m.

“As a result of today’s agreement, $23m will be transferred to the Nigerian Government, which through the Nigerian Sovereign Investment Authority, NSIA, will use the funds to continue the construction of three key infrastructural projects located in strategic economic zones throughout the country.

“In other words, these recovered criminal proceeds, like the $311.7m previously seized and repatriated, will be transformed into visible and impactful representation of the possibilities of government assets that directly improve the lives of average Nigerians.

“The US government is keenly aware of the devastating impact corruption has on societies. Corruption erodes trust and the ability of governments to deliver to their citizens.

“It distorts the economies and access to key services. It hinders development, pushes citizens towards extremism and makes countries and their officials susceptible to malicious foreign interference.

“As a partner deeply invested in Nigeria’s success, we will continue to do our part to facilitate the recovery and return of the proceeds of corruption to the Nigerian people”, the US Ambassador to Nigeria added.