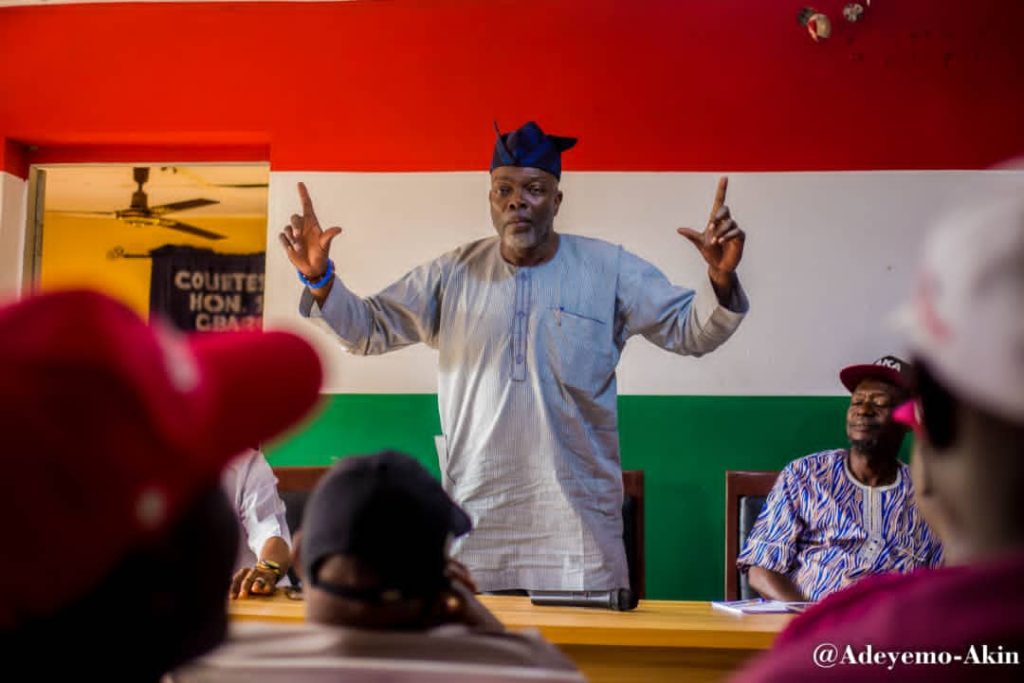 As the race towards the 2023 general election hots up, the People’s Democratic Party (PDP) youth Leaders in Oyo Central Senatorial zone have declared their intention to ensure the Party’s Senatorial candidate, Chief Luqman Oyebisi Ilaka emerges as Senator.

While making the declaration in Ibadan, Comrade Lekan Bello who spoke on behalf of the youths at the stakeholders meeting noted that the youths have resolved to mobilize across polling units, Wards as well as local governments so as to actualize the hopes of residents in Oyo central who are clamouring for a better representation which from all indication Chief Bisi Ilaka is prepared to give.

Comrade Lekan Bello affirmed further that Oyo born lawyer turned politician remains the candidate to beat. According to him; “we will not just deliver but to we will deliver impressively, we will work harder. we will do more in areas that we may have challenges and intensify more efforts on areas we consider as our strongholds.”

He further reiterated that Ilaka is a renowned name in Oyo central, he knows where the shoe pinches, Oyo central needs good and quality representation which are the focal point of his aspiration.

Speaking at the meeting, Oyo central Senatorial chairman, Hon Muftau Ogunremi urged the youth leaders to campaign across the 118wards, he likened the PDP candidates as products Party members must market and make efforts.

In his remarks, the immediate past Chief of staff to Oyo state Governor charged the youths to work tirelessly in their various clans and communities ensuring total victory for the PDP and all their candidates in the forthcoming general elections.