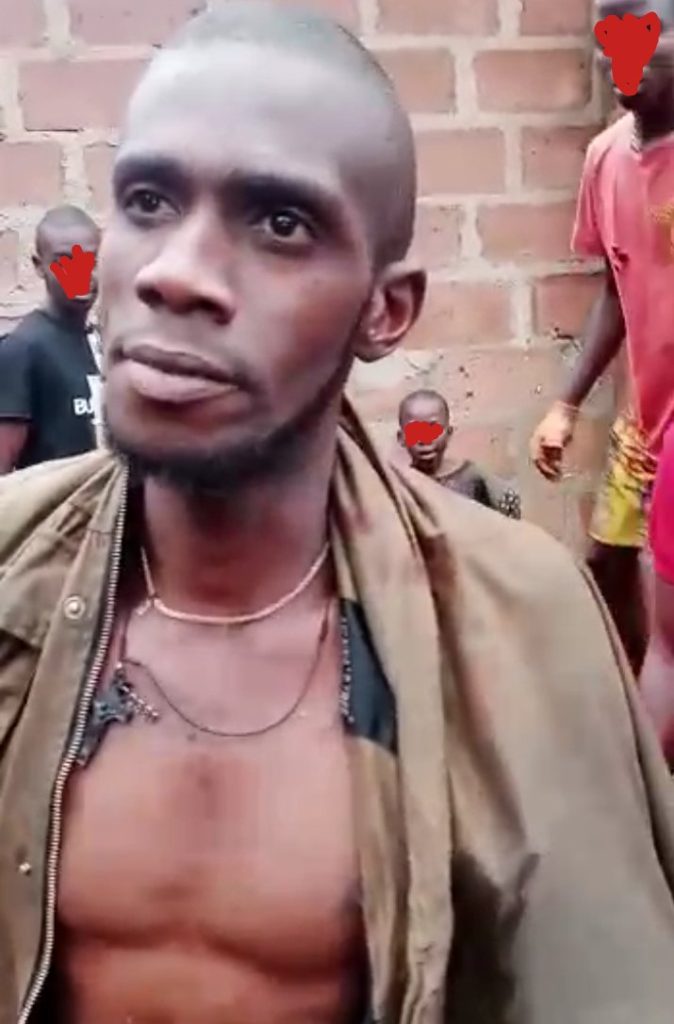 An irate mob on Thursday burnt to death a young man who specializes in robbing tricycle passengers along the Awka-Onitsha old road.

The man, who gave his name as Chigozie Omaliko said he hails from Umudum village, Abatete community of Idemili North Local Government Area.

DAILY POST learnt that the man had boarded a Keke at Afoigwe market to Ogidi, when along the way he robbed one of the passengers, a woman of all her money.

In a video circulating online, the culprit, Omaliko who can be seen to be in his mid-20s said he escaped into an erosion site after the robbery.

When he was accosted by some locals, he lied that he was a robbery victim and that he boarded a one-chance bus and was robbed but when he was searched, a local revolver pistol was found with him, causing the mob to descend on him.

He was incidentally set ablaze along the road, with a used tire, while the mob supervised the exercise, ensuring he was completely burnt.

Attempts to get confirmation from the state police command failed, as the command’s spokesperson, DSP Toochukwu Ikenga failed to respond to enquiries by our reporter.

Meanwhile, the state police commissioner, CP Echeng Echeng had many times warned indigenes of the state against taking laws into their hands, anytime there was a crime.