Atiku Lands In Kano, To Receive Shekarau, Other Defectors Into PDP On Tomorrow 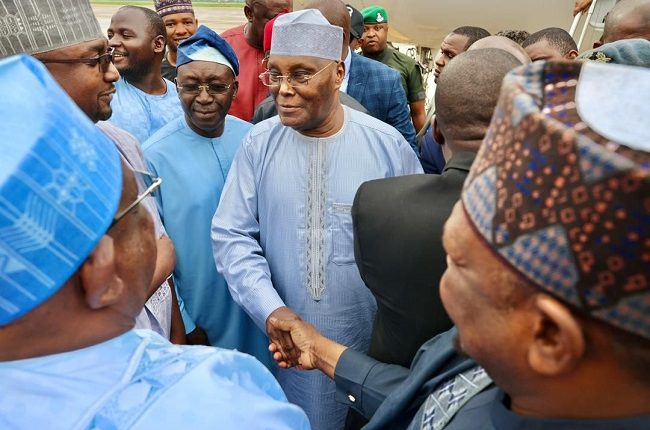 Atiku’s arrival in the state is in anticipation of the formal defection of Kano Central Senator and former governor of the state, Malam Ibrahim Shekarau and his supporters to the PDP from the New Nigeria Peoples Party (NNPP) on Monday.