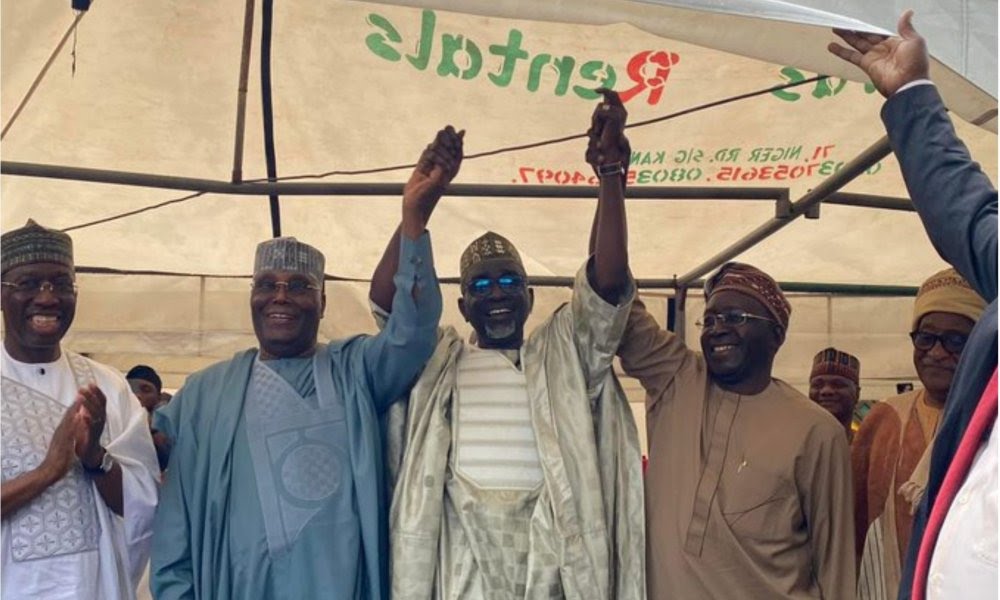 His decision to withdraw as the senatorial candidate was upon the misgiving of his camp over what he described as the deceit of the Senator Rabiu Kwankwaso led leadership of NNPP in refusing to fulfil the terms of their earlier defection to the NPP.

It would be recalled that Shekarau dumped the ruling All Progressive Congress (APC) in May to join the NNPP where he was received by its presidential candidate Rabiu Musa Kwankwaso.

He accused the APC in Kano of being undemocratic as the party he claimed belonged to the state Governor, Abdullahi Ganduje, his wife and the state Chairman of the party Abdullahi Abbas.

Shekarau, however, again left the NNPP after his camp accused Kwankwaso of shortchanging them.

Shekarau declared his intention to join the PDP at his residence in Kano on Monday amidst cheering by his supporters and those of his new party.

Present at the event to receive him into the fold of the PDP were the presidential candidate of the PDP, Atiku Abubakar, his running mate, Ifeanyi Okowa and other bigwigs of the party.

Shekarau said he left the NNPP for refusing to implement the terms of agreement he had reached with the party in May when he dumped the ruling All Progressives Congress (APC) for the NNPP.

While delivering his speech at the defection ceremony held at his residence Malam Ibrahim Shekarau declared that he and his supporters have joined PDP.

“I and my followers have today dumped NNPP for PDP”.

Shekarau was received by the party’s presidential candidate, Atiku Abubakar the party’s national chairman, Senator Iyorchia Ayu, among other bigwigs.

Shekarau also said he had written to the Independent National Electoral Commission (INEC) to announce his withdrawal from the senatorial race for Kano central under the NNPP.

Other PDP bigwigs in attendance include the party’s vice presidential candidate and Governor of Delta State, Ifeanyi Okowa; governors of Sokoto and Taraba, Aminu Waziri Tambuwal and Darius Ishaku.

Others are former Vice President, Namadi Sambo, the chairman of the BOT of the party, former governors of Jigawa (Saminu Turaki and Sule Lamido), Sokoto (Attahiru Bafarawa), Kaduna (Ahmed Makarfi), Adamawa (Boni Haruna), among others.