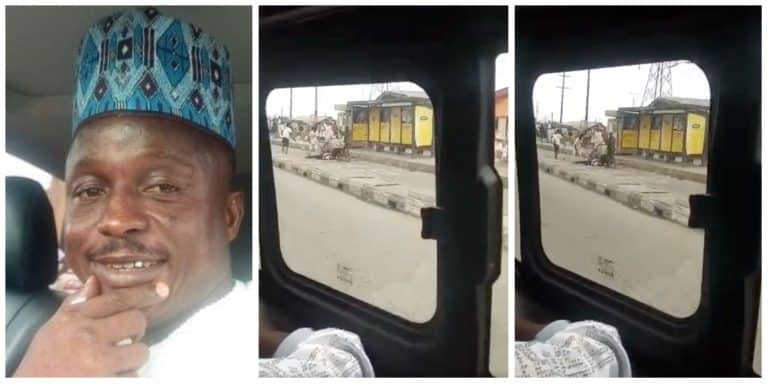 A video showing how the Mile 12 Branch Chairman of the Lagos State Park Management Committee, Sulaimon Lawal, popularly known as Arikuyeri, was murdered in broad daylight has emerged online.
Naija News reports that there was pandemonium on Sunday afternoon as suspected cult members and thugs murdered the NURTW boss.

In a video circulating the internet, Ariku could be seen laying on the ground while he was been beaten and macheted to death by the thugs.

This publication gathered that suspected loyalists and colleagues of Arikuyeri went on a rampage at Mile 12, Ketu Owode Onirin and other parts of the community attacking residents and passers-by.

The battle over supremacy in motor parks around the Mile 12 area of the state resulted in an exchange of gunfire between the warring cult gangs.

The Police boss stated that one person was killed and normalcy has been restored by security operatives.

He said: “One person died but normalcy has been restored. Police are on the ground.”