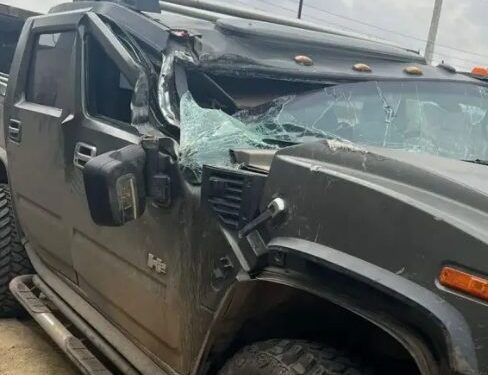 The sad event, according to Fayose’s brother, took place in Gbongan Area in Osun State.

On his Facebook Timeline, Mr. Fayose described the encounter and stated that he was traveling from Lagos at the time.

He also said many people were kidnapped by Gunmen in Gbongan.

Mr Fayose showed the photos of his car that was destroyed by gunmen.

“Kidnappers in Gbogan area of Oyo state coming to Lagos

“No security in Nigeria at all

“This is why I won’t vote Tinubu and Atiku they changed Goodluck to Buhari”, he wrote.