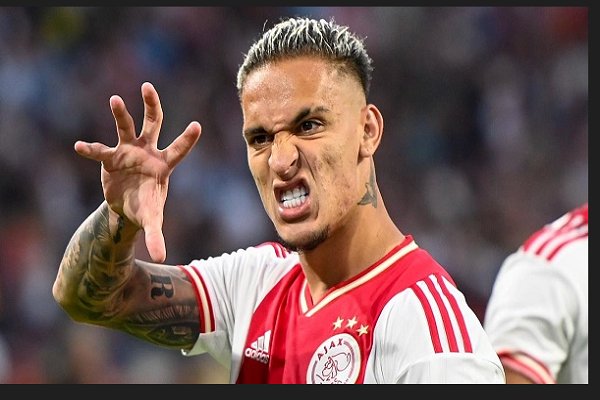 Manchester United have confirmed they have reached an agreement to sign Brazil winger Antony from Ajax.

The deal is for an initial fee of 95m euros (£81.3m) – which will be the joint-fourth most expensive signing in Premier League history.

It is subject to medical and personal terms being finalised and international clearance.

The deal includes a potential 5m euros (£4.27m) of add-ons – making him United’s second most expensive signing, ahead of the £80m paid for defender Harry Maguire.

The £89m paid for Paul Pogba remains the club’s record.

It reads: ‘’Manchester United has reached agreement with Ajax for the transfer of Antony, subject to a medical, player terms being finalised, and international clearance.

‘’He has won two Eredivisie titles, and a gold medal in the 2020 Summer Olympics.’’