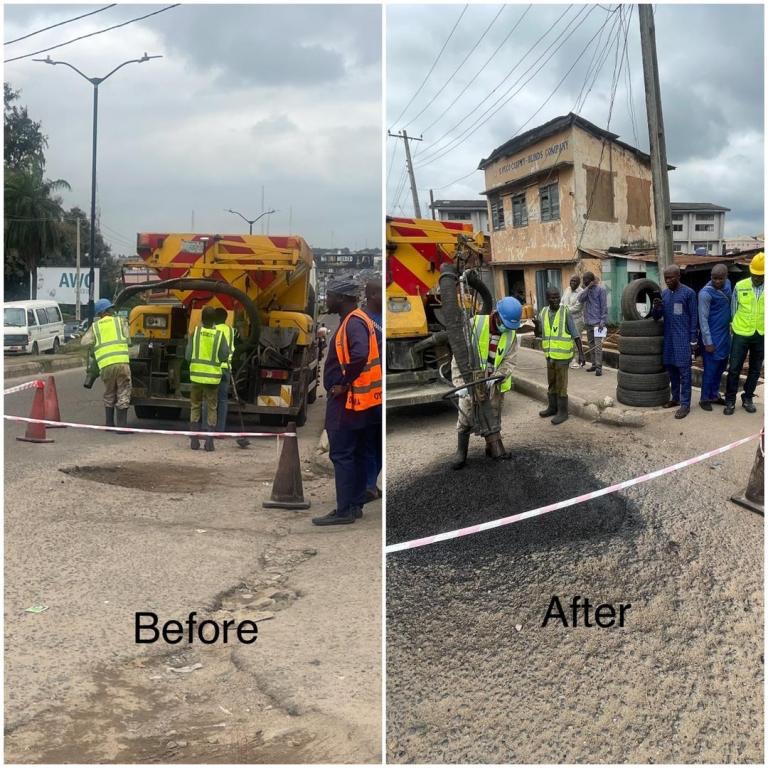 In an effort to maintain zero potholes throughout the state, the Chairman of the Oyo State Road Maintenance Agency (OYSROMA), Honourable Busoye Ogunlade, has put to the test a machine that is intended to fill potholes in less than 3 minutes.

According to MOUTHPIECE NGR, the operation was carried out on Tuesday (today) on important roadways in the metropolis of Ibadan.

While speaking with news correspondents, Hon. Ogunlade stated that the velocity machine had been tested in order to effectively repair potholes on important roads.

He noted that the machine will not only address the issue of potholes but will also save time and energy in the process.

In the meantime, report has it that the machine can repair more than 180 potholes per day and the repairs can be carried out all season due to the cold asphalt technology.

Similarly, the machine which is environmentally friendly, automatically stores problems that have been fixed for future reference and has no carbon footprint.

Additionally, it produces no waste and it’s defects can be repaired on the onset before it turns to big potholes saving government cost.