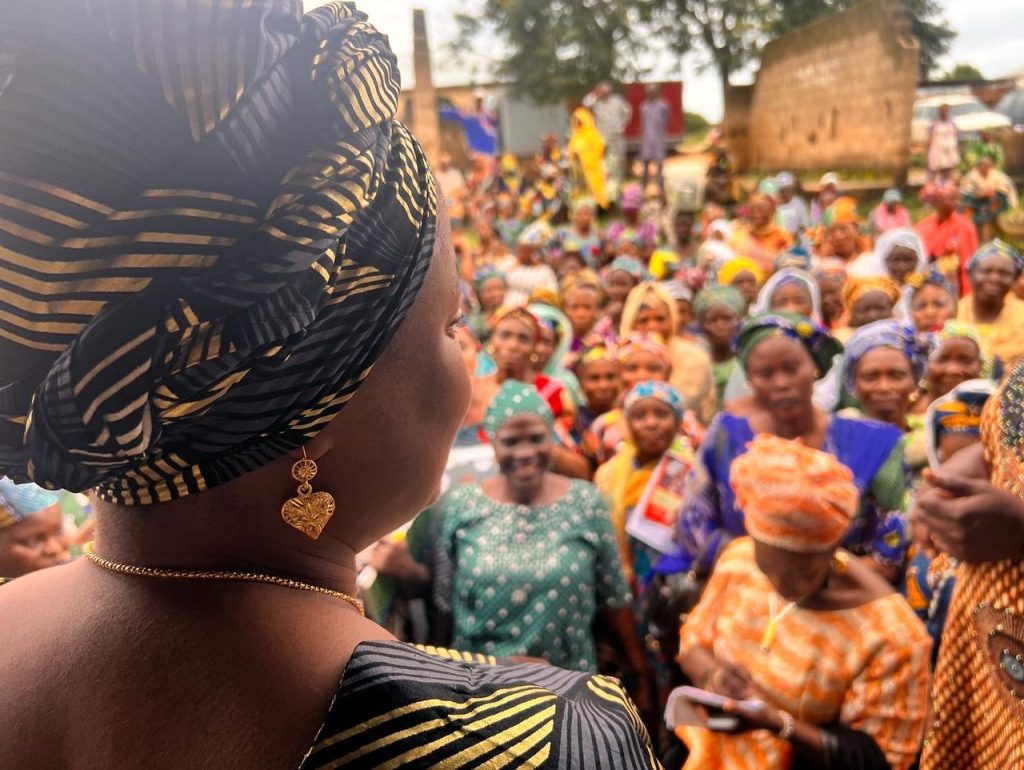 Oyo South senatorial district Women leader, Hajia Fatimah Hassan Adeleke has embarked on visitation to all the nine local governments within her senatorial district, a move to re-orientate the grassroots political women on the need to energize themselves for the upcoming general elections campaign.

Hajia Fatimah who is representing all APC party women from Oyo South senatorial district at the state level after meeting with party women in Ibadan North East on Wednesday
said she is doing the visitation to bring together all party women in readiness for the election campaign.

The Oyo South women leader who has visited
Ibadan North, Ibadan South West, Ibadan South East, Ibadan North West, Ido in her remark explained that all party women in her senatorial district are fully ready to work assiduously for the victories of all of the party candidates.

“Journey to election victory starts from the women’s political and election participation, 2023 is around the corner, we APC women have been doing it before, now we need to do it again, here is another political campaign and elections, we just need to regroup and synergize for our candidate’s victories. We have started the re-orientation across the none local government of Oyo South and the feedback is assuring us victories for our candidates.

” Our candidates, Asiwaju Bola Ahmed Tinubu, Senator Teslim Kolawole Folarin, Bar. Sarafadeen Ali, Hon. Olaide Akinremi, Hon. Dapo Lam Adesina, Hon. Saheed Fijabi, Engr. Remi Oseni, Hon. Muraina Ajibola and all the House of Assembly candidates are worthy to be trusted with our votes in Oyo south, they are reliable people, even role models to many of us. That is the main reason we are coming together to rally our support for them and ensure that they are all elected in 2023.”

” Oyo South women leaders have also resolved to adopt a door-to-door mobilization process to strategically canvass for the support of the people and gain their trust for our candidates’. Hajia Fatimah added.

She thereafter enjoined the APC women to be well prepared to work in harmony and love for all the candidates., as such effort would not only lead to the election of the governorship candidate, but other candidates contesting the election on the party’s platform.