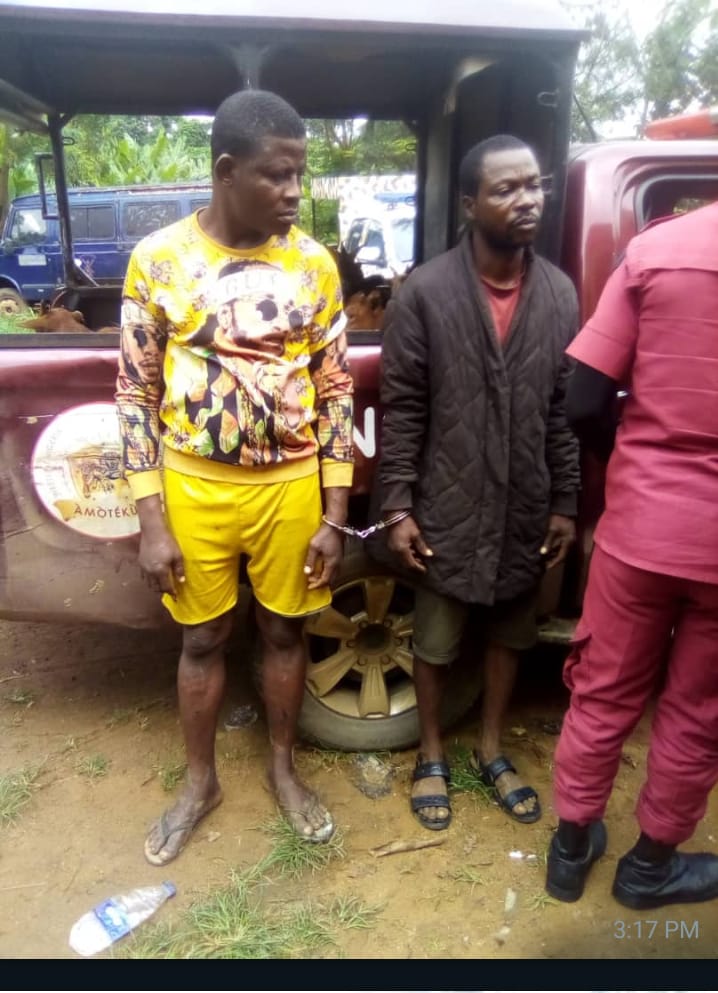 It was gathered that the suspects were arrested in connection with offences such as conspiracy and cattle rustling.

Upon arrest, Oladipupo Segun, M, 40 and Wale Samuel, M, 40 who are residents of Ketu Alapeere of Lagos State confessed to have committed a felony to wit; conspiracy and stealing of eighteen live goats from different locations along Osogbo-Ode-Omu before their arrest in Ibadan.

However, the Corps Admin Officer in Charge of Operations and Special Duties, Amor Oladunjoye Olushola thereafter handed them over with the recovered exhibits to Osun State Amotekun Corps for further investigation and prosecution of their case.

The recovered exhibits included One MPV Mazda Vehicle with REG NO: EPE 857 HM, 18 live goats, the sum of fifty-two thousand, two hundred and fifty naira and other valuable items.