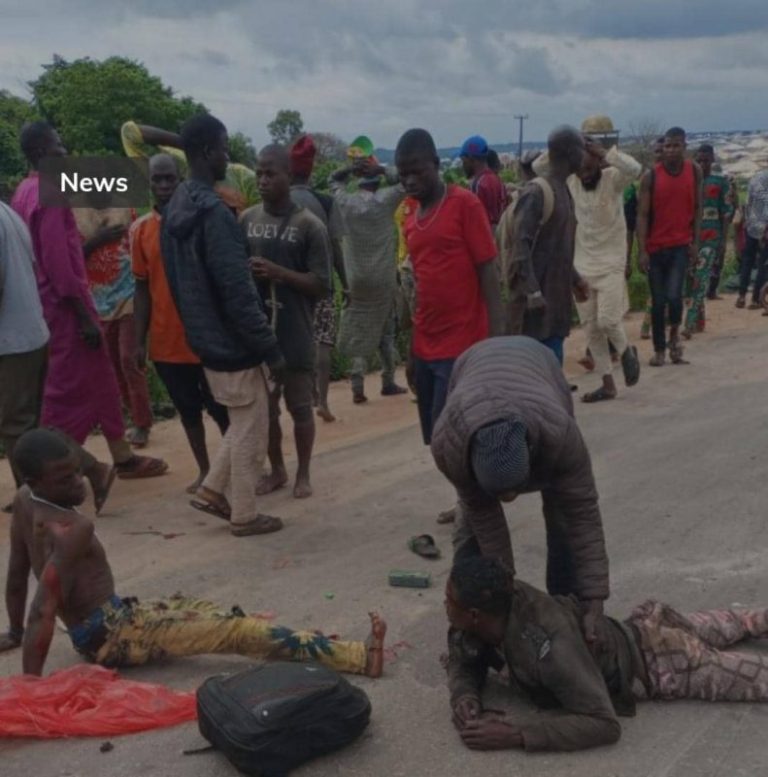 No fewer than 17 people have sustained severe injuries in an accident on Oyo-Ogbomoso road on Tuesday afternoon.

According to reports, the car accident occured in front of the Emmanuel Alayande College of Education, Oyo; off Oyo–Ogbomoso–Ilorin Expressway.

Oduduwanews report that a Camry vehicle had a collision with an over-sped trailer around 2 p.m.

An eye witness who spoke under condition of anonymity also alluded to the fact that several people were injured.

“Around seventeen victims were documented at the scene, among them two had their legs crushed in half, another victim’s leg was broken and people couldn’t find him anywhere, while others had various wounds”, he stated.

Meanwhile, the Federal Road safety Corps, FRSC had swung into action and had begun transferring the victims the nearest hospital for treatment. However, the police is yet to issue any statement regarding the incident.