Wike Was A Child When We Formed PDP- Ayu 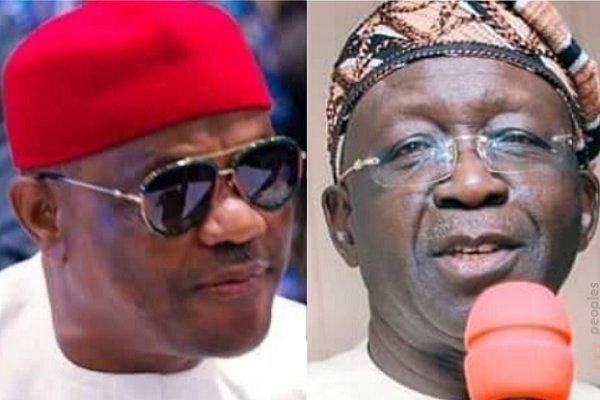 The National Chairman of the Peoples Democratic Party (PDP) Senator Iyiocha Ayu has described Rivers Governor, Nyesom Wike and members of the Governor’s camp calling for his resignation as mere noisemakers and children, who were not available when he and other party chieftains laboured to form the party.

Speaking in an interview on the Hausa service of BBC on Wednesday, Ayu argued the presidential candidacy of Atiku Abubakar does not in any way affect his position as the PDP National Chairman.

In the interview monitored by our The Nation in Kaduna, Ayu said, even if the Atiku had come from Benue State, it would not have justified the call for his resignation.

He insisted that he stood election for national Chairman and won a four-year term, stressing that he is yet to spend even a year and someone is calling for his resignation.

According to him: “I stood for election and I won the election and I am fixing the party, I have not stolen anything, I have not committed any offence, we will not allow one person to come and spoil the party for us with frivolous calls and conditions.

“I was elected as PDP chairman for a four-year term and I’m not up to one year, so the call for my resignation is uncalled for. The election of Abubakar Atiku as the PDP presidential candidate cannot affect my election as national chairman, even if the candidate is from Benue state, I stood for election and I was voted for by Nigerians”.

When asked in specific terms the conditions of Wike’s camp’s call for his resignation among other conditions, he said: “All that he is doing does not affect me because I know I am fixing the party, I am doing my work diligently, I have not committed any offense.

” I have not stolen any money, so there is no reason for my resignation, when we started the PDP all those ones were children, they were not there, we will not allow one person to become a spoiler, this is our country, so all that is expected of us is to fix the country, provide security and dividends of democracy when we take over power in 2023.”

The PDP has been facing internal crisis following the choice of Delta Governor Ifeanyi Okowa as the running mate to Atiku.

The Wike’s camp considered it a slap and ever since then has been holding series of meetings within and outside the country and dishing out conditions for settlement, which include call for the national chairman’s resignation.