2023: APC Will Lose If You Insist On Free, Fair Elections – Wike Replies Buhari 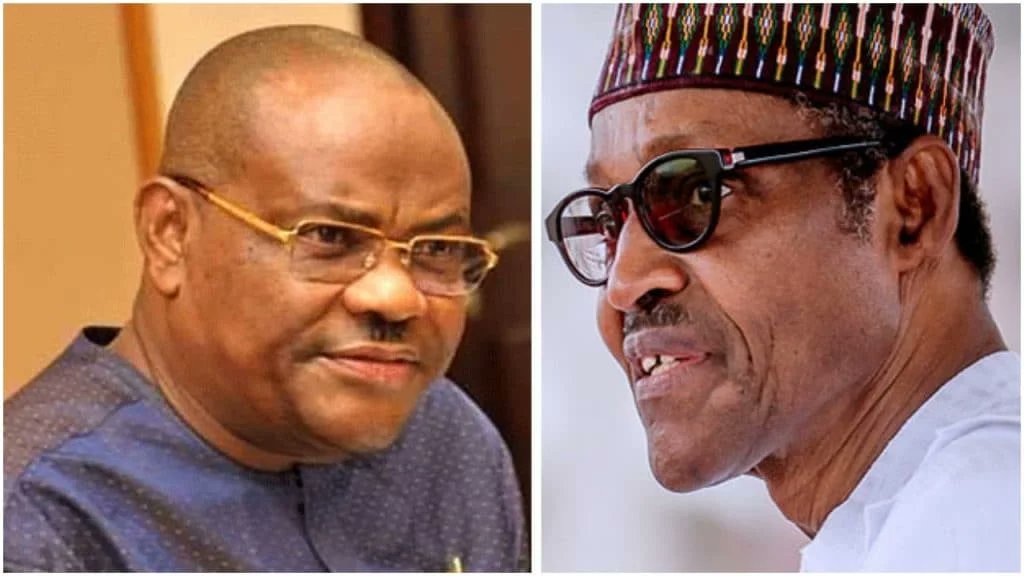 Governor Nyesom Wike of Rivers State has disclosed that a loss awaits the All Progressives Congress, APC, if President Muhammadu Buhari insists on the conduct of a free and fair election in 2023.

Wike said the APC will lose in 2023 if Buhari insists on a free and fair election.

Speaking at the flag-off of construction work of Igwuruta internal roads in Ikwerre Local Government Area of the State, Wike thanked the president for promising not to interfere in the 2023 election.

According to Wike: “I thank Mr. President that he wants to leave a legacy of conducting a free and fair election.

“Thank God Mr. President for saying that you will not interfere or intimidate anybody. That means your party has no way to win.”

On Tuesday, Buhari had promised to ensure the votes of Nigerians count in 2023.

He said Nigerians would be allowed to pick their leaders at different levels in the next election.

Buhari said Nigerians would appreciate the APC in the next six months.