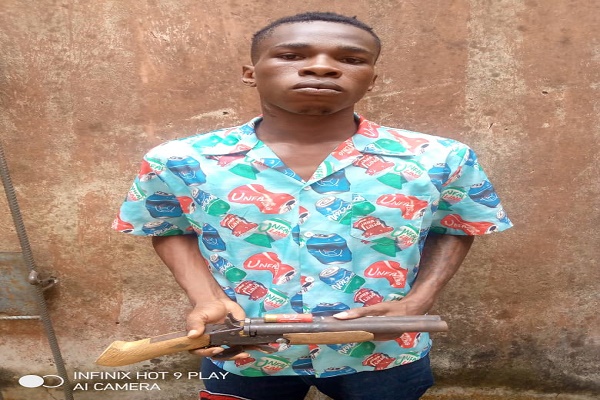 A suspect Ogaga Kome has been arrested for allegedly killing an 11-year old Hossanna Merritt, while testing a locally made gun in his house.

The suspect, 26, reportedly fled after the incident.

Confirming the development in a statement, Delta Police spokesman DSP Bright Edafe, said the suspect was arrested Tuesday, following a charge on members of the public to be on the lookout.

“Consequently, on 30/8/2022 at about 1305hrs, a well-meaning individual who is also a relative of the suspect brought him to the station. Suspect is in custody and investigation is ongoing,” the PPRO stated.