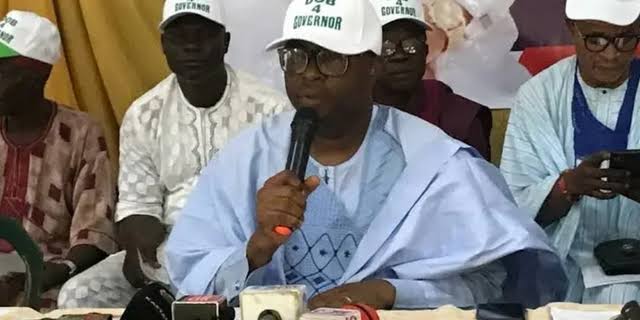 The Ogun State governorship candidate of the Peoples Redemption Party, Prof. David Bamgbose, is dead, six days after he announced himself as the party’s candidate.

After a brief illness, Bamgbose allegedly passed away on Friday morning at the Sacred Heart hospital in Lantoro, Abeokuta.

His personal assistant and the assistant senior pastor of the Peace and Love Church, Mr. Oduntan Olayemi, verified Bamgbose’s demise.

He related that Bamgbose had complained of fatigue the previous day and had been transported to a hospital near Olomore, where he had been directed to Federal Medical Central in Abeokuta.

He was then admitted to Lantoro, where he reportedly received oxygen till Friday.

“He complained of tiredness yesterday and we decided to take him to an hospital around Olomore. We were referred to the FMC for further checks

“We opted for the state hospital, Lantoro because of the urgency and he was admitted at the emergency ward where he was administer oxygen till yesterday Friday

“I got back to the hospital this morning and I met him breathing too fast and heavy. I was at where I went to get him some prescribed medications when he passed on,” Olayemi said.

Bamgbose, who had defected from the Peoples Democratic Party (PDP) to the PRP, was the governorship candidate of the All Progressives Grand Alliance (APGA) in the 2015 gubernatorial race in Ogun State

The late Professor of European America University, who until his death, was the Minister in-charge of Peace and Love Church of God, Ogbe area of Abeokuta metropolis, is survived by wife, Mary, and six children.