NNPCL: Petrol To Sell For N462/litre Without Subsidy 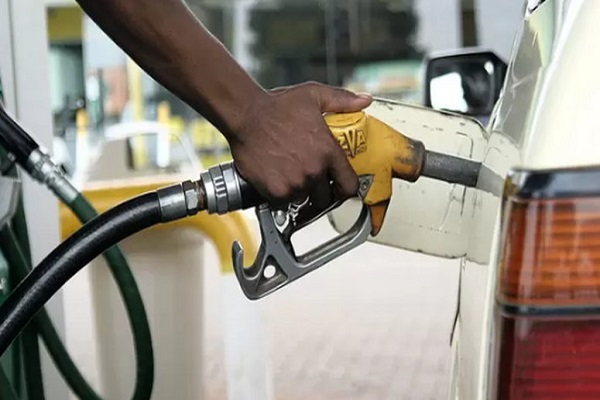 It said the average international market-determined landing cost in the second quarter of this year was $1,283 per metric tonne.

Marketing and distribution cost is N46/litre, it said.

A combination of the cost elements translates to a retail pump price of N462/litre, an average subsidy of N297/litre and an annual estimate of N6.5 trillion on the assumption of 60 million litres of daily premium motor spirit (PMS or petrol) supply.

The NPPC offered to submit itself for a forensic audit of fuel supply and subsidy management.

It insisted that the daily fuel supply is 68 million litres.

In a statement by Group General Manager, Mallam Garba Deen Muhammad, the NNPC said the average supply corresponded with the imports.

He was reacting to last Thursday’s comments by Comptroller-General of Customs Hameed Ali, who said he found it hard to understand why the NNPC, which put Nigeria’s daily fuel consumption at 60 million litres, releases 98 million litres into the market.

He spoke during an interactive session with the House of Representatives Committee on Finance on the 2023-2025 Medium Term Expenditure Frame and Fiscal Strategy Paper.

Ali said: “If we are consuming 60 million litres of PMS per day by their own computation, why would you allow the release of 98 million litres per day?

“If you know this is our consumption, why would you allow that release?

“Scientifically, you cannot tell me that if I fill my tank today, tomorrow I will fill the same tank with the same quantity of fuel.

“If I am operating a fuel station today and I go to Minna depot, lift petrol and take it to Kaduna, I may get to Kaduna in the evening and offload that fuel.

“There is no way I would have sold off that petrol immediately to warrant another load.

“So, how did you get to 60 million litres per day? That is my question.

“How many trucks will carry 38 million litres every day? Which road are they following and where are they carrying this thing to?”

Minister of Finance, Zainab Ahmed, speaking when she appeared before the panel on August 18, put the projected daily payment for fuel subsidy at N18.39 billion.

According to the minister, this was calculated using the information provided by the NNPC.

She said the information showed that 64.96 million litres of fuel are the projected average daily truck out.

She also said N1.774 trillion was paid to independent oil marketers as subsidy in four years.

Yesterday, the NPPC said between January and August 2022, “the total volume of PMS imported into the country was 16.46 billion litres, which translates to an average supply of 68 million litres per day”.

It added: “Similarly, import in the year 2021 was 22.35 billion litres, which translated to an average supply of 61 million litres per day”.

The NNPC said the average daily evacuation (depot truck out) from January to August 2022 “stands at 67million litres per day as reported by the Nigerian Midstream and Downstream Petroleum Regulatory Authority (NMDPRA)”.

It added: “Daily evacuation (depot load outs) records of the NMDPRA do carry daily oscillation ranging from as low as four million litres to as high as 100 million litres per day.”

The company said rising crude oil prices and PMS supply costs above the NMDPRA cap had caused oil marketing companies’ withdrawal from PMS import since the fourth quarter of 2017.

“In the light of these challenges, NNPC has remained the supplier of last resort and continues to transparently report the monthly PMS cost under-recoveries to the relevant authorities,” it said.

On cost, NNPC said the average international market-determined landing cost in Q2 2022 was US$1,283/MT, while the approved marketing and distribution cost is N46/litre.

It said the combination of these cost elements “translates to the retail pump price of N462/litre, an average subsidy of N297/litre and an annual estimate of N6.5 trillion on the assumption of 60 million litres daily PMS supply”.

The NNPC promised to ensure “compliance with an existing governance framework that requires the participation of relevant government agencies in all PMS discharge operations”.

These include the Nigerian Ports Authority (NPA), Nigerian Midstream and Downstream Petroleum Regulatory Authority, Nigerian Navy, Nigeria Customs Service, and the Nigerian Maritime Administration and Safety Agency (NIMASA), among others.

It acknowledged the possibilities of criminal activities in the PMS supply and distribution value chain.

“As a responsible business entity, NNPC will continue to engage and work with relevant agencies of the government to curtail smuggling of PMS and contain any other criminal activities,” it said.

The company also pledged to deliver “on our mandate of ensuring energy security for our country with integrity and transparency”.