Oyo Deputy Gov, Other Government Appointees Welcomes Makinde Back To Office After 3–Week Vacation •Says We’ve Demonstrated That There’s No Strong Man or Men, But Strong Team In Oyo State 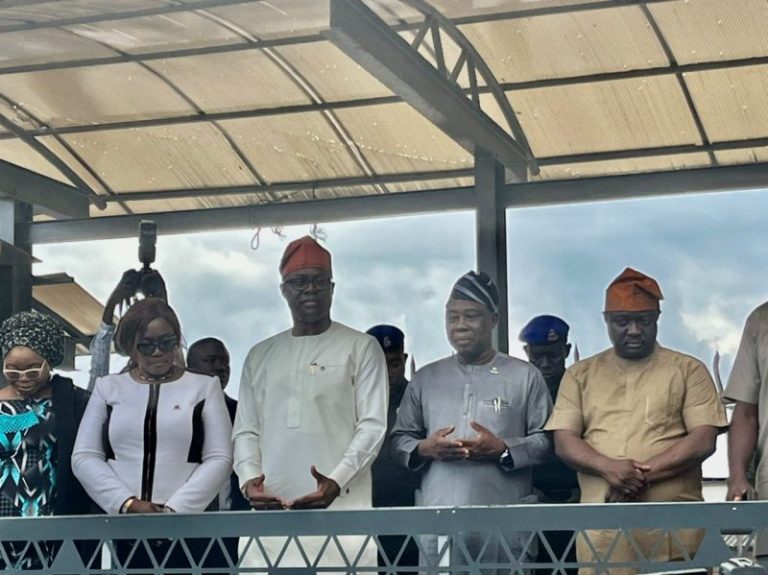 The Oyo State Governor, ‘Seyi Makinde has on Monday resumed office after his 3-week vacation.

Makinde, who was received by his Deputy Governor, Barr. Adebayo Lawal who filled the governor’s shoes while he was away and all other appointees, was welcomed to a grand reception.

In his address, the Deputy Governor expressed great pleasure at his principal’s return, noting that he was glad to return the heavy mantle of power to Governor ‘Seyi Makinde.

He said: “It gives me great pleasure this afternoon to welcome our amiable Governor back to seat. On the departure of his Excellency on the 11th of August, at the tarmac while bidding him farewell, his Excellency said he has transferred all powers to his Deputy governor who is now the acting governor, even the power of immunity. That struck me profoundly.

“I appreciate you, your Excellency, for trusting me with the power of the acting governor. I have by virtue of that appointment, written in gold your gesture, magnanimity and trust in me.

“His Excellency is back, energised. I’m sure he has gone to re–strategise. When I saw him this morning, I knew he had enjoyed his vacation because he was full of smiles and less pressure. I am happy to have my principal and boss back hale and hearty.

“I am even happier because the responsibility I’ve had to shoulder in these past weeks were enormous. I didn’t know because I took a lot of things for granted when I watch him perform. I didn’t know it was a serious job.

“Having carried on for the past 3 weeks, I realised that the task is daunting. Even my wife noticed and commented that I looked stressed. But, I thank God Almighty for bringing our boss safe and sound. Your Excellency, on behalf of every citizen of Oyo State, you are welcome.

“Finally, you have given me all your rights and privilege and now that you are back, I return all to you”, he added.

Meanwhile, Governor Makinde expressed joy at being back in the state and pledged to hit the ground running after a much needed time of rest.

“I appreciate everyone for cooperating with the acting governor. One thing we’ve demonstrated in Oyo State is that we don’t have strong men or a strong man. We have a strong team.

“For over 3 weeks, the Oyo State people did not feel my absence. They did not feel any gap. Everything that had to do with governance went on seamlessly. So, we know that in Oyo State, we’ve selected a very strong team for the state.

“I want to specially thank everyone for your support and for Oyo State people, let me say this clearly, we will work for you until the last minute of the last day in the tenure of this administration. People thought that politics is in the air and we should be politicking. Yes, we are politicking a little bit but we are also doing the work that Oyo State people have given to us. We will continue with the work.

“I want to specially thank the Deputy Governor for your commitment to responsibility and loyalty. We should have done this from the beginning but it is better late than never. I look forward to us working together for the rest of this tenure and in the next tenure.

“I never went on holiday for 3 years during this tenure. Next tenure, it will be a yearly thing”, Governor Makinde pledged.