I Killed Sick Man To Free Him From Pains, Used Body Parts For Rituals — Suspect 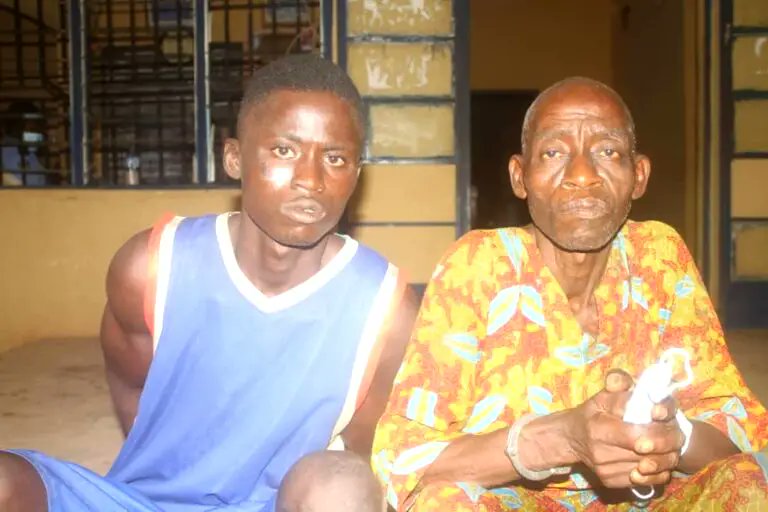 A 26-year-old suspected ritualist, Olaolu Falowo, has confessed why he killed a farmer, and removed his body parts for money rituals, at Kuseru Village via the Odigbo council area of Ondo State.

The victim’s body part found in his house includes human limps (2 legs and 2 arms hands) while a human skull in a sack was recovered from his father’s house during a search by police detectives.

Police sources said that the victim who was a farmer was murdered and his body parts removed by the suspected ritualist in collaboration with his father.

Falowo, who was paraded in Akure, the Ondo state capital, by the state police command, said he killed the victim, who, he claimed was a lunatic, to reduce his pains.

In an interview, the suspect claimed that the victim was a madman, who was sick and about to die in the forest.

” The victim is a sick madman. I killed him to reduce his pains and also took part of his body to use it for sacrifice.

However, a family member of the deceased refuted the suspect’s claim, saying that his brother was hail and hearty before he was gruesomely murdered by the suspect on his farm.

He told newsmen that his brother” is a farmer who went gone to farm at Kuseru village.

The state police spokesperson, Funmi Odunlami, said that “the suspect, was in police custody for a case of attempted car theft and when a search was conducted in his house, Human limps (2 legs and 2 arms hands) were recovered while a Human skull in a sack was recovered from his father house.

Odunlami added that two suspects, (father and son) are in police custody.

The police spokesperson, also said that a 17-year-old, Arije Dare, has been arrested for defiling two of his neighbour’s children aged four years old, at Ikoya/Ilutitun road, Okitipupa, area of the state.

Odunlami said that the victims “were playing in their compound at Ikoya/Ilutitun road, Okitipupa, when one Arije Dare went to their house to get water, met the children in the house and lure them to an uncompleted building and defiled them.

” Three days after, one of the girls complained of pains, when her mother inquired from the daughter what happened, she explained her ordeal and mention the suspect as the culprit.

The police image maker said that “During interrogation, the suspect confessed to the commission of the crime, he will soon be charged to court.