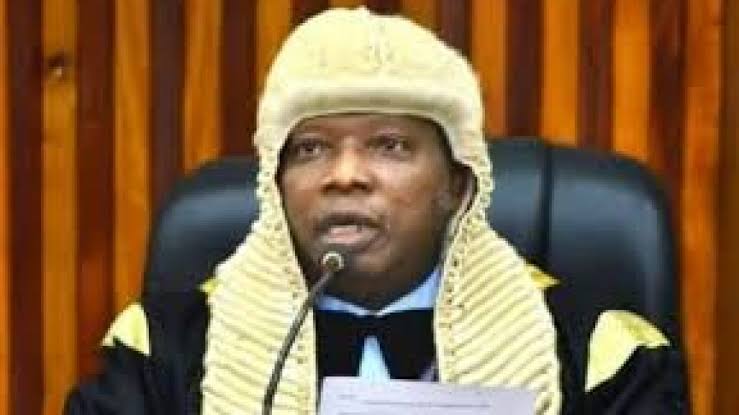 Embattled Speaker of the Ogun State House of Assembly, Olakunle Oluomo has been remanded pending his fulfillment of an N300 million bail bond.

Justice Daniel Osiagor of the Federal High Court in Lagos on Tuesday made the order following Oluomo’s arraignment by the Economic and Financial Crimes Commission (EFCC) over an allegation of N2.475 billion accrued from money laundering and forgery charge.

In similar vein, the judge also granted bail to the Director of Finance at the House, Oladayo Samuel and the Clerk of the House, Taiwo Adeyemo, who were arraigned alongside Oluomo’s co-defendants on the same charge.

They all pleaded not guilty to the 11-count charge leveled against them by the counsel to EFCC, Rotimi Oyedepo.

Oluomo was granted N300 million bail with two sureties in the like sum, on the condition that one of whom must not be lower than a level 16 civil servant in the federal civil service.

But, Samuel and Adeyemo – 2nd and 3rd defendants – were admitted to bail in the sum of N100 million each with two sureties each, on the condition that one of whom must not be lower than level 14 in the civil service.

The sureties are required to possess landed properties within the court’s jurisdiction and the Title documents are to be deposited with the court’s registrar, with three-year tax clearance certificates and sworn to an affidavit of means.

All defendants are also required to deposit their travel documents in the court’s registry.

The court also ordered that the defendants be remanded in the EFCC’s custody for a maximum of one week to perfect all their bail conditions.

But, a fourth defendant in the matter, Adeyanju Nimota Amoke is said to be at large.

They were alleged to have conspired to launder the funds from the treasury of the Ogun State House of Assembly, some time in 2019.