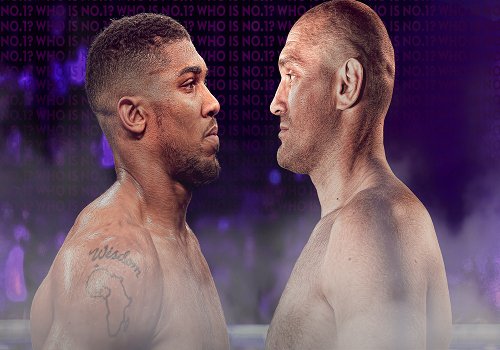 Anthony Joshua has told Tyson Fury that he would be ready to fight in December.

Joshua suffered the third defeat of his professional career last month after he was beaten by Oleksandr Usyk in their heavyweight title rematch.

Fury, meanwhile, had hoped to fight Usyk this year for the undisputed crown but the Ukrainian has insisted that he will not be in the ring again until 2023 as he wants to recovery from his injuries and spend time with his family.

Fury, who remains undefeated in 33 fights, challenged Joshua in a ‘Battle of Britain’ contest in December this week.

“If you’re interested I’ll send you the date over and we can rumble. A battle of Britain for the WBC heavyweight championship of the world,” Fury said. “Let me know if you’re interested, if not I will select another opponent.”

Joshua then replied to Fury on Twitter: “Yea calm.

“I don’t do the online discussions just for clout, so if your (sic) really about it shout @258mgt [Joshua’s management team].I’ll be ready in December.”

Meanwhile, Fury is willing to offer Anthony Joshua 40 per cent of the purse to convince his British rival to fight him for the WBC heavyweight title this year.

Fury claimed he was retiring after beating Dillian Whyte in April but appears set to perform the latest of several U-turns over his future in boxing.

“The actual answer is I’ve offered him 60-40 – 40 per cent of this amazing fight because I want this fight to happen.