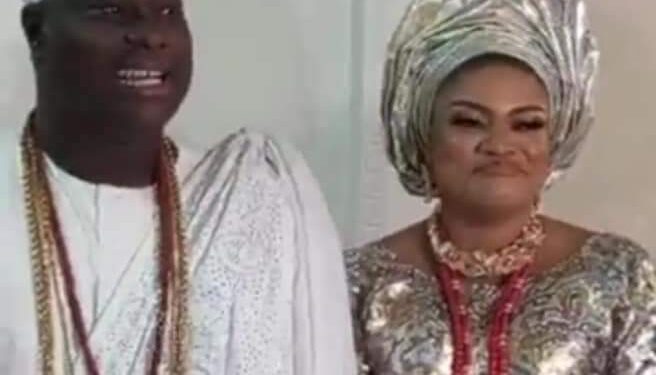 The Ooni of Ife, Oba Enitan Adeyeye Ogunwusi, has gotten a new wife.

The foremost monarch on Tuesday tied the nuptial nut with a new Olori whose name ia simply identified as Olori Mariam.

Mariam Anako from the Ebira ethnic group of Kogi State is an oil and gas executive with NestOil.

Video of the wedding rites being performed at the palace was uploaded by the Director of Media and Strategy, Oduduwa Palace, Moses Olafare on his verified facebook page.

Recalled that Queen Naomi Silekunola, ended her three years marriage to the traditional ruler in December 2021.

She said her decision to get out of the union with the monarch was the best thing to do at the moment, revealing that her husband “has a picture he would love the world to see and perceive him as and another one which is his true self.

Here are five fact you should know about her

This will be Ooni’s fourth official marriage after his marriages to Bukola, Zainab and most recent, Naomi collapsed.