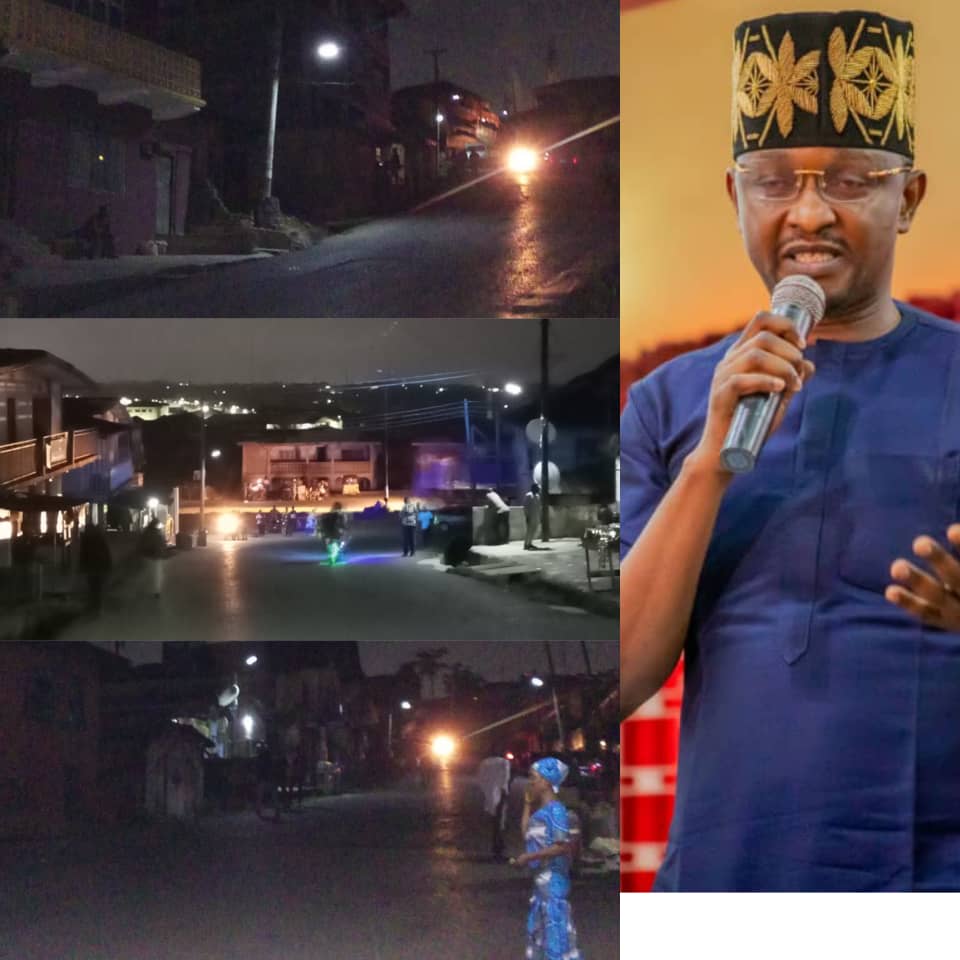 The lawmaker representing Ibadan North Constituency 1 at the oyo state assembly, Hon. Fola Oyekunle (Don), has provided streetlights to his constituency as part of his ‘let there be light project’ to fight security challenges in the electoral areas.

He also distributed 100 Mega high-quality LED bulbs to the constituents during random stops at households within the constituency.

Hon. Fola Oyekunle (DON) who has been hailed as one of the most performing lawmakers at the 9th assembly said the provisions were done to compliment the unending efforts of Governor Makinde to curb insecurity and other different criminal vices within the constituency.

Presenting the streetlights to residents on Wednesday, Oyekunle remarked, “The continuous initiative is meant to support Governor Seyi Makinde’s recent light-up project which was targeted at brightening every dark corner in the electoral areas.”

“It will increase visibility and also enhance the security situation within our constituency; thieves operate in darkness and once we lighten up all these places their operations would be curtailed because they’re likely to be seen,” the lawmaker added.

Receiving the lights on behalf of the residents, was the chief of Staff to the council chairman of Ibadan North Local government, Hon. Oderajo Olarewaju thanked Hon. Fola Oyekunle (DON) for the initiative while adding that the gesture would augment the effort of the Governor of Oyo State and the Chairman of the council in ensuring that the entire Municipality is lightened up.

He assured the lawmaker that the lights would be used purposefully.