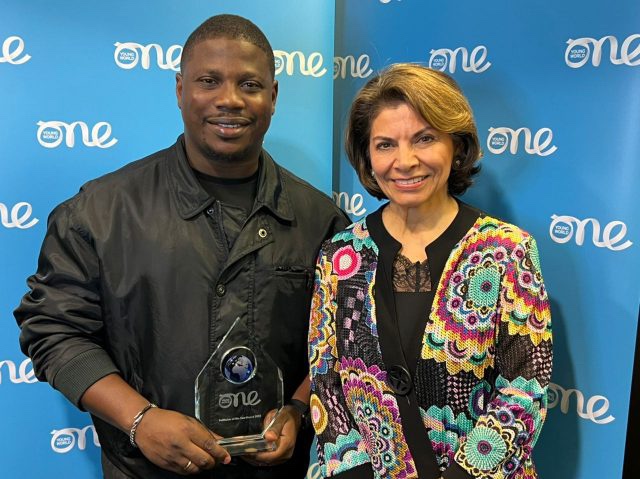 The Oyo State Commissioner for Youth and Sports Development, Asiwaju Seun Fakorede has emerged as the winner of the United Kingdom-based Awards, One Young World Politician Award of the year .

The award ceremony which was held in Manchester, United Kingdom was designed to bring together 2,000+ of the brightest young leaders from every country and sector, working to accelerate social impact both in-person and digitally.

30-year-old Fakorede, who was the only African to emerge winner of the ‘Politician of the Year Award’, was described by the Summit Director, Megan Downey as the role award winner who played vital role in helping the young leaders of the future to harness the knowledge and skills needed for being impactful change makers.

Similarly, it was gathered that the youngest commissioner in the state, whose nomination was earlier announced in June was celebrated alongside four others, described the wining of the award as a testament to the good leadership and great exhibition of good governance in the Youth and Sports Ministry, in Oyo State.

“Award like this are meant to keep you going because you are always on people’s radar” he said.

He further appreciated the government of Oyo State led by Governor ‘Seyi Makinde for giving him the chance and utmost support towards the achievement of his plans for the state.

Recall, Fakorede became the youngest commissioner in Nigeria’s history at the age of 27, when he was appointed Commissioner for Youth and Sports in Oyo State in August, 2019.

He is the founder and director of non-profit Home Advantage Africa, where he advocates for African patriotism among youths.