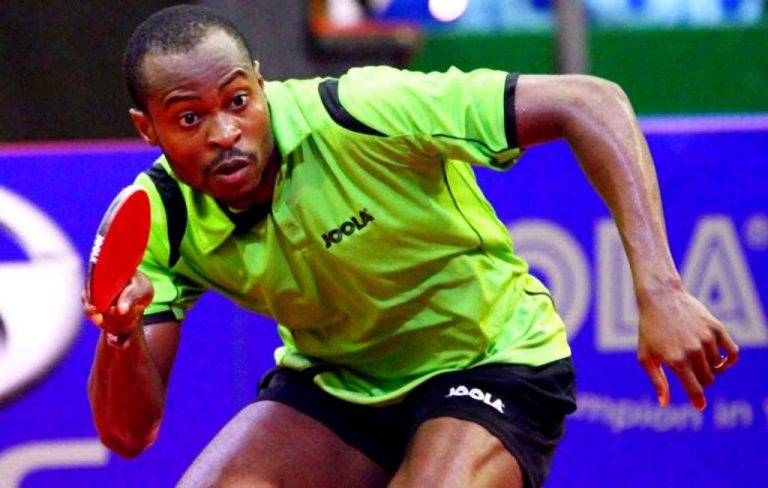 Oyo State–born table tennis star, Aruna Quadri has been declared winner of the men’s singles title at the ITTF African Championship in Algeria.

Aruna, who is the highest ranked tennis player in Africa, came back from 0-2 down to win top-seed Egyptian, Omar Assar 4-3.

The Nigeria table tennis star, last won the tournament in 2018, with his last two ending in defeats in the hands of Assar.

In the meantime, Aruna, after his round of 16 victory, had declared his intention to win the competition, adding that he would go all out to represent his country well.

In his words: “I haven’t won the African Championship since my last one in 2018, but I have played in all finals since then. It will be good to win a title this year, and I’m looking forward to giving my best. My biggest motivation is that I’m representing Nigeria again, and I want to give my heart and soul as usual for my country.”