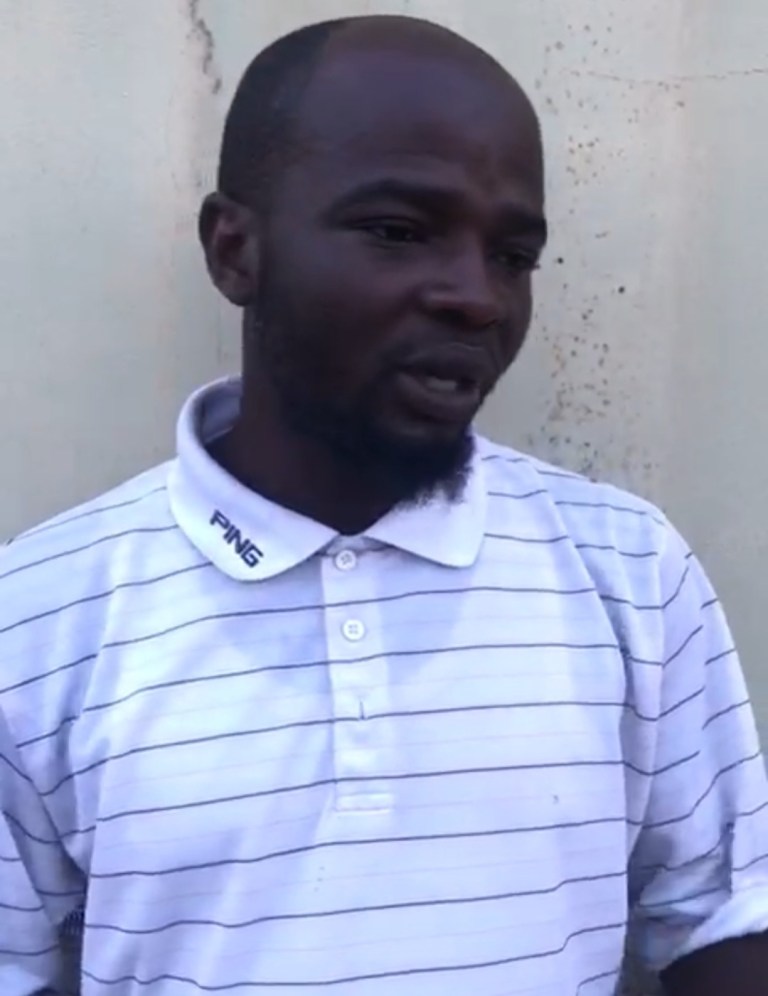 A graduate of the Ladoke Akintola University of Technology, Ogbomosho, Oyo State, Osunleke Alaba, who has been jobless for seven years, stormed the university on Monday and created a scene by saying he wanted to return his certificate and get a refund of his fees. He tells DANIEL AYANTOYE what prompted his action

Tell us about yourself.

My name is Osunleke Oludare Alaba. I am an indigene of Oyo State. I am 36 years old. I am married with two female kids.

You’re a graduate of the Ladoke Akintola University of Technology. What course did you study; when did you graduate and what grade did you make?

I studied Agricultural Extension at the Ladoke Akintola University of Technology. I graduated in 2015 with second class lower grade.

How has life been for you after graduation?

After my national youth service, I tried to secure a job but didn’t get anything reasonable. I later got a piece of land and went into farming. I invested some money in it but I couldn’t get anything out of it.  I later sold the land and went into the sale of ponmo (animal skin). I did that alongside my wife. But we couldn’t get anything out of that too. So, I decided to look in the direction of the talents that God has given me, which is entertainment.  I am talented in singing, dancing, acting and comedy. In fact, I have been making social media skits for some time now. I remember that during my service year in NYSC I won MTN talent hunt for up-and-coming musicians. But things have been very rough for me.

Why did your farming business fail?

Cows used to disturb us. They destroyed my farm and that of the man beside mine. The man used to help with his tractor to clear my land. But cows destroyed our farms. I have been through a lot of things that I can’t be talking about now; let’s just leave it at that.

There was a video of you at LAUTECH, saying you wanted to return your certificate and get a refund of the fees you paid. Was that really you and when was that?

Of course, it was me. I went on Monday to return the certificate; it has been at home for this long and it’s not useful. Whatever is not useful, it’s better to return it and get a refund, so that I can use the money to pursue my career. After all, the purpose of going to school is to be able to survive, by working with the certificate and making money. If I commit a crime now, won’t the government imprison me? Won’t they begin to say they caught a LAUTECH graduate with a human head? Is it even the head of people that are struggling just like me that I will cut to make money? God forbid I engage in such a thing.

Many times, I have been introduced to it (money ritual); not less than four times. If not for God, I would have gone into money-making ritual. If one considers the frustration, how people treat you, how they look down on you because you don’t have money, one will go crazy.

In fact, there are many people who no longer pick my calls. People can frustrate you with their attitude and push you into what you don’t want to do. It has been God that has been holding and keeping me strong.

You said you are into comedy skits making. Was going to LAUTECH to return your certificate another of your skits or social media stunt?

I said I was tired, how would I use it for social media stunt? I don’t even know the person that recorded the video.

You see, like I said earlier, I decided that I would go and look for a way to boost my talent after everything I tried didn’t work out. That was why I went back to the school to return their certificate to them and get a refund of the fees I paid. I was given the title of Ancestor at the MTN Talent Hunt. Even while I was in school, people called me Minister of Enjoyment; so, it is clear to me that I have talents in entertainment but I need money to push my talents. And since the certificate is just sitting at home, doing nothing, I decided to return it in exchange for the money I need to boost my career.

How much did you pay to LAUTECH in fees?

I can’t calculate that now; I don’t know the amount. Where will I start from? Is it the money spent on course materials, money for food and every other thing? My parents really tried for me; my dad borrowed money to send me to school. Will they still be borrowing to feed me at this stage?

While I was in school, there was a day I called my dad, and the food he was eating fell from his hand when he saw my call because he knew the call was to ask for money. You can imagine how my parents will be feeling now when I don’t have any reasonable job to support them. Is it when they die that I will be able to do that? I want to be a responsible child, have money and take care of my aged parents. I want to take care of them. I have not even gone to see them for about five years now because there is nothing to give them.

What exactly happened when you got to LAUTECH and stated your mission? Were you officially attended to by the university?

They didn’t give me any attention. They didn’t attend to me.  The security men were just looking at me. They didn’t even collect the certificate.

The guys you took along to the school to record the video really did a good job. How did you guys plan the recording?

I told you I didn’t know that anybody was videoing me; it was God that made it happen that way. I know God somehow used the person as an angel for me. Even those that posted the video online, it was God that directed them to me.

As the school didn’t attend to you, what will be your next line of action?

Some LAUTECH alumni called me and they spoke to me very well. They are nice people; though they didn’t give me money, they encouraged and advised me. I was also with one of LAUTECH lecturers today (Wednesday, June 7) and he also advised and encouraged me.

I have tried my hands on so many things, but things are hard. In fact, before I could pay my house rent this year, my blood pressure increased to 130 (sic). The person that tested me is still alive, I can take you there. It is very serious.

Are you in touch with some of your classmates in the university?

Well, I am in touch with some. They are good friends, although it has not been easy. We have continued to be friends, despite the hardship.

In what way exactly would you love to be helped?

I will be glad if Nigerians can help me to secure a job that will help me to build my talent; or give me a connection that will change my life completely.