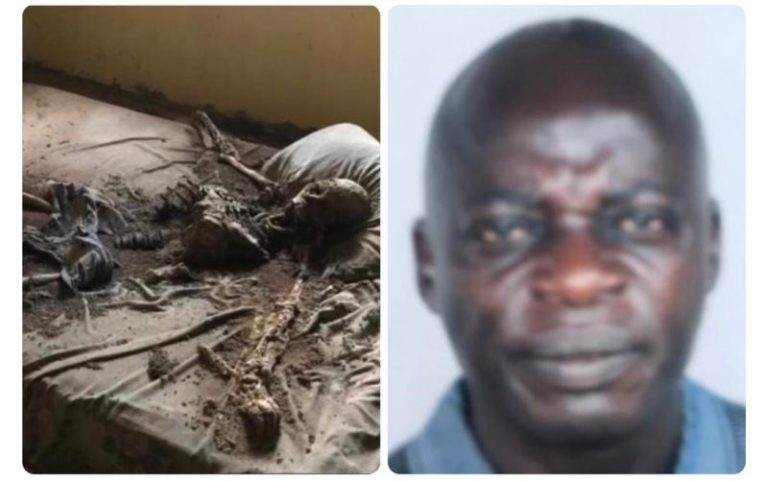 The Oyo State Police have announced that they have located and contacted the family members of the man whose skeleton was found in his house recently.

The statement signed by the command’s Public Relations Officer, Mr. Adewale Osifeso, said the discovery was a result of “solid partnership and provision of credible information to the Oyo State Police Command.”

“In swift coordinated response to the information provided, the Divisional Police Officer and a team of crime and forensic detectives approached the three-bedroom block residence of the deceased and found his remains glued to his beddings lying upward with no visible signs of struggle at a glance.

“Preliminary findings from residents of the community and the driver’s license found in his wallet revealed that the deceased was indeed Aderemi John Abiola and was last seen around 2018, a fact corroborated by family members of the deceased when contacted by detectives of the Command attached to the SCID.

“Furthermore, the Commissioner of Police, Oyo State Police Command, CP Adebowale Williams while appealing to well-meaning members of the public for assistance regarding the provision of useful information has also directed the immediate transfer of the case to the Command’s apex investigation body, the State Criminal Investigation Department (SCID).

“In furtherance of the above, the scene has since been cordoned in the interest of public health and safety to enable the completion of the investigation aimed at demystifying the possible cause of death.

“Lastly, the case is actively monitored with the assurances of detailed updates provided accordingly, please.”