VIDEO: Wike Blows Hot Says If They Push Me, Nigerians Will Hear More From Me •Makinde If We Can Not Restructure PDP Then We Can’t Restructure Nigerian 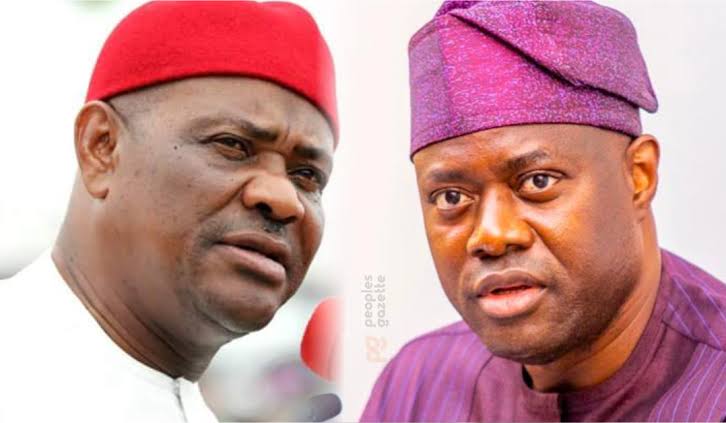 The Criss rocking the main opposition party, The People’s Democratic Party (PDP) seems not to end anytime soon as the Rivers State Governor Nyesom Wike and other State governors loyal to him remain resolute in their quest, that the National Party Chairman Dr. Ayu resigns from his position.

Governor Wike reveal how the party chairman promised to step aside if a northerner emerge as the party candidate.

He also explain a disappointing moves by the party’s candidate Atiku Abubakar, who told him that Ayu will resign only to renage on it, to his biggest surprise now supporting him.

He promise never to relent until the needful is done is the Party.

Watch the videos below