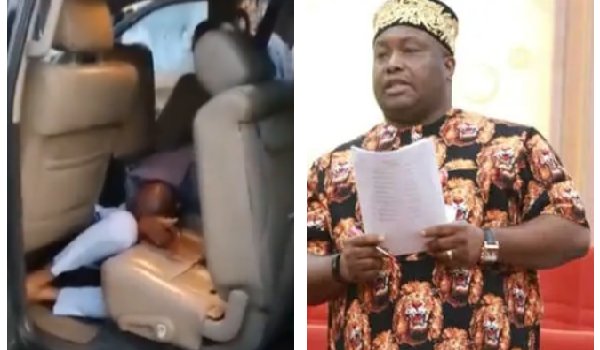 No fewer than seven persons were feared killed when gunmen attacked the convoy of Senator Ifeanyi Ubah in Anambra State.

The incident occured at Enugwu-Ukwu in Njikoka local government area.

A source, who spoke with our correspondence on Sunday night, said he was ambushed by the gunmen who opened fire on his convoy.

TODAY SPLASH gathered that three of his aides were killed while three security operatives also died during the ambush.

However, an eyewitness told TODAY SPLASH that the Senator managed to escape but may have been injured.

The source said: “Ifeanyi Ubah’s convoy came under attack in Enugwu Ukwu this night with some aides and police escorts killed

“I was driving up to that spot from the link road to the express when some people in a shop shouted at me and asked me to turn back and take the Omile Road which I did.”

He said there was heavy shooting at Enugwu Ukwu by gunmen where some injuries were recorded, adding the information was still sketchy.

Another eyewitness, said ” as I was driving, I heard sounds of guns like a war zone from afar along the old Onitsha -Awka road and immediately, I reversed and had to follow the expressway.

“The shooting was not small, it was later when I got to Awka around 8.15pm that I heard that a politician was attacked and some people killed.”