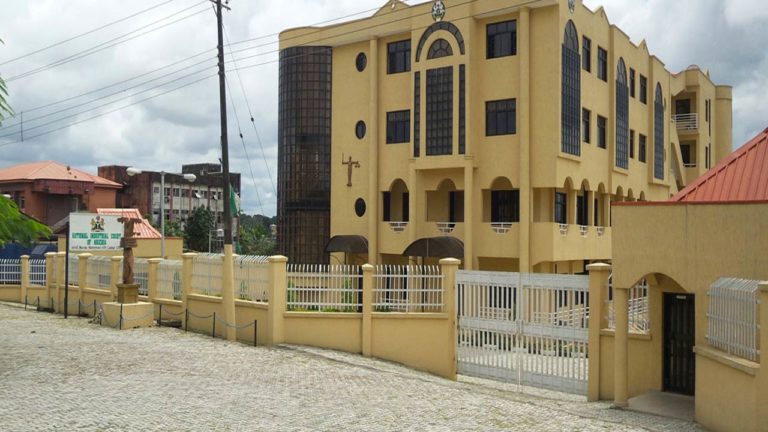 The National Industrial Court of Nigeria (NICN), on Monday, adjourned the suit filed by the federal government challenging the ongoing strike by the Academic Staff Union of Universities (ASUU).

The judge, P.I Hamman, adjourned the suit until 16 September for further mention.

At Monday’s proceedings, the Socio-Economic Rights and Accountability Project (SERAP), sought to join the suit as an interested party.

SERAP’s lawyer, Ebun-Olu Adegboruwa, said his client had filed a similar suit asking the court to compel the federal government to honour its 2009 agreement with the striking varsity lecturers.

“We filed a similar suit on 8 September, asking the court to compel the federal government to honour an agreement it willingly entered into with ASUU,” Mr Adegboruwa, a Senior Advocate of Nigeria (SAN) said on Monday.

He based SERAP’s joinder request on the need to forestall duplicity of outcomes concerning the industrial dispute.

He told the judge that SERAP’s application was “premature” as the case was billed for mention on Monday.

Reacting to Messrs Adegboruwa and Gazali’s arguments, Femi Falana, another SAN, who represents ASUU, said he was aware of efforts by the lawyers to file court papers in the suit on Monday.

In his ruling on the SERAP’s joinder application, the judge agreed with the federal government that the suit was not ripe for consolidation.

Mr Hamman said he was only presiding as a vacation judge as the case would be assigned to another judge for full adjudication.

Thereafter, the judge ordered parties in the suit to file and exchange their written submissions, and adjourned the case until Friday, 16 September.

Mr Falana, in company with ASUU president, Emmanuel Osodeke, and other officials of the striking lecturers, referenced the resident doctors’ dispute with the government last year which resulted in a suit at the NICN.

“They government is yet to put its house in order. The government has not been able to make a case for the intervention of the court, hence the basis of adjournment.

“This is not the first time the government has adopted this rather dilatory tactics that have a way of prolonging strike.

“We were here last year when you had the resident doctors strike. It was the same approach. They (government) said they (resident doctors) won’t be paid, but at the end of the day, government had to pay them. And that is what happens all the time.”

On his part, Mr Adegboruwa told journalists that the federal government had abdicated its responsibility of funding public universities, necessitating the filing of SERAP’s suit.

The Nigerian government said in the suit that it wants the court to determine the legality or otherwise of the strike.

It further said; “It asked the court to interpret in its entirety the provisions of Section 18 LFN 2004, especially as it applies to the cessation of strike once a trade dispute is apprehended by the Minister of Labour and Employment and conciliation is ongoing.”

The ministry also wants the court to determine whether ASUU members are entitled to emoluments for the period they have been on strike.

ASUU embarked on an initial four weeks strike on 14 February, and has continued to extend it as talks with the government fail.

On 29 August, ASUU announced an indefinite extension of the strike, accusing the government of insincerity.

The Non-Academic Staff Union of Universities and other Associated Institutions (NASU), Senior Staff Association of Nigerian Universities (SSANU) and the National Association of Academic Technologists (NAAT) have all suspended the strike but with ultimatum issued to the government to meet their requests.

But the Nigerian government said it wants the court to adjudicate on the propriety or otherwise of the strike.

“It asked the court to interpret in its entirety the provisions of Section 18 LFN 2004, especially as it applies to the cessation of strike once a trade dispute is apprehended by the Minister of Labour and Employment and conciliation is ongoing,” a statement from the Ministry of Labour said on Sunday.

The government “requested an order of the Court for ASUU members to resume work in their various universities while the issues in dispute are being addressed by the NICN in consonance with the provisions of Section 18 (I) (b) of the TDA Cap T8. LFN 2004,” the statement reads in part.”